Skip to content
You are here:Home » A need to change
Rail Technology Features 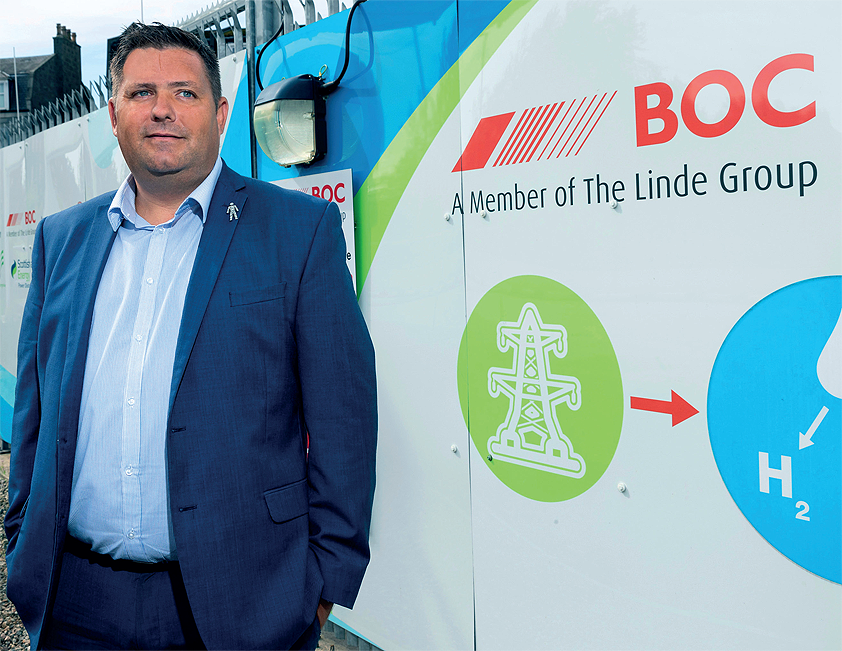 The government is facing unprecedented challenges at the moment, but its commitment to reaching zero emissions by 2050 remains as urgent as ever – and it’s clear that the public thinks so too. Research conducted by Climate Assembly UK indicates that nearly 80 per cent of the UK population favors a green economic recovery plan. There has never been a better time to invest in decarbonizing the UK’s infrastructure – and one of the biggest opportunities is transport

Clean alternatives to diesel – choosing the right technology
Historically, diesel has been favored for heavy transport because of its long range and reliability – but it is now recognized as one of the most polluting fossil fuels. Hydrogen-powered vehicles, which offer a similar range to diesel and cause no harmful emissions, are increasingly seen as one of the best alternatives. As the UK works towards its 2050 zero emissions target, it’s clear that hydrogen fuel, combined with renewable electricity, will play an increasing role in decarbonizing transport. The UK government has set a target to remove diesel trains completely by 2040, and the rail industry is clear that this will require a rolling programme of electrification throughout the network, as well as utilizing new technologies including hydrogen fuel cells and batteries. While direct electrification is currently the most efficient way to decarbonize urban train lines, hydrogen-fueled trains are better suited to rural networks. This is because installing overhead power lines, which is required for electrification, is a long, disruptive and costly process. For high-speed, intensively used lines, the long-term efficiency gains can justify the investment. For rural networks, however, accessibility issues can make installing the infrastructure even more challenging. There may also be concerns that overhead lines would spoil the natural beauty of the countryside. In cases where visual impact is of particular concern or where electrification infrastructure is particularly difficult and costly to install, the advantages of hydrogen-fueled trains really come to the fore. Capable of running at speeds of up to 100 mph and travelling for up to 600 miles (1000km) without refueling they remove the need to install overhead powerlines, avoid issues with installing infrastructure in remote regions, and cause much less disruption to the regular operation of lines during deployment.

Proven technology
Hydrogen trains have already been proven commercially viable. In September 2018, two trains, built by French TGV-maker Alstom, began running a 62-mile route between the German towns and cities of Cuxhaven, Bremerhaven, Bremervoerde and Buxtehude – replacing the old diesel locomotives. The new trains are equipped with fuel cells that convert hydrogen to electricity, producing only water as an emission. In the two years since the new hydrogen-fueled trains have been operating, they have proved to be quieter, smoother, more reliable and lower-maintenance than their diesel predecessors. They produce no harmful emissions during operation and have the potential to be fully emissions free if the hydrogen is produced from renewable energy. Following this initial success, two fleets of 14 and 27 trains respectively are due to be in operation in Germany from 2021, replacing regional diesel trains. Further trials are pending in Austria and the Netherlands, and there is growing interest in the UK, too – especially since the government cut back on initial plans for the electrification of routes in Wales, the Midlands, the North of England and the Great Western Rail network.

Hydrogen: a catalyst for change
The biggest barrier to wider adoption of hydrogen transport is the need for refueling stations – but installing the infrastructure for trains could change that. In fact, trains provide an ideal opportunity to invest in hydrogen infrastructure for a number of reasons. They have a fixed route that requires regular refueling locations, they have reliable and predictable demand that follows a set pattern throughout the year, and they require a large amount of hydrogen – all of which combine to create predictable demand and help bring down the cost of fuel. Once refueling stations are in place, they could be used to refuel lorry and bus fleets, service vehicles, public sector vans and cars plus privately-owned vehicles. By producing more than is needed for trains, hydrogen refueling stations would then benefit from economies of scale – further bringing down the cost for all parties. This effect has already been demonstrated using fleets of hydrogen-fueled buses as the catalyst. BOC worked with Aberdeen City Council to develop and install a tailored, state-of-the-art hydrogen refueling station at Kittybrewster. The facility produces green hydrogen from electrolysis on site, which is then stored until it is needed and then pumped into vehicles – much like refueling a petrol or diesel vehicle. The Kittybrewster station opened in 2015 and was originally designed to refuel single deck buses but has since been opened up for use by private cars and vans and modified to accommodate double deck buses.

Breeze trains – an unmissable opportunity for the UK
Alstom has already developed a class of hydrogen-fueled trains specifically for the UK market in conjunction with Eversholt Rail Ltd. The train, codenamed ‘Breeze’, will be a conversion of existing Class 321 trains, some of the UK’s most reliable rolling stock, creating a clean train for the modern age. As the Class 321 trains are already electric, the conversion from an Electric Multiple Unit to a Hydrogen Multiple Unit can be done relatively easily. The trains can therefore be built quickly and with minimal capital expenditure – major advantages in a developing market. Alstom has previous experience in this type of conversion, as demonstrated by its successful deployment of Coradia iLint in Germany. The work to convert the trains will take place in Widnes, delivering benefits to the local economy through jobs and apprenticeships and developing UK expertise in a burgeoning technology sector. While the UK may have lagged behind other countries in developing battery technology, it still has the opportunity to be a world-leader in hydrogen fuel cell technology. As Baroness Brown, vice-chair of the Committee on Climate Change, notes: “The UK missed the boat on wind technology and missed the boat on batteries. We can’t afford to miss the boat on hydrogen.”

The time is right
It’s clear that hydrogen-fueled trains have the potential to play a significant role in decarbonizing the rail network – especially in rural areas. But investing in hydrogen trains will also open up possibilities for much wider decarbonization of transport, put the UK at the forefront of a developing technology and give a much-needed boost to the economy.

Mark Griffin is Hydrogen Market Development Manager for Clean Fuels at BOC. BOC, a Linde company, is leading the UK and Ireland’s drive to enable commercial and private hydrogen transport supported by a UK-wide refueling network. Its clean fuels team designs, builds and operates proven, reliable and scalable refueling station solutions that offer fast and familiar refueling, using hydrogen. It supports local councils and transport operators who are aiming to take immediate action on air pollution and achieve net zero emissions by 2050. In the UK and Ireland BOC has been producing atmospheric gases, including oxygen, nitrogen and argon for over 120 years. Its portfolio today includes thousands of different gases and mixtures, as well as related equipment and services.
www.boconline.co.uk