Back to Features > Clean Records 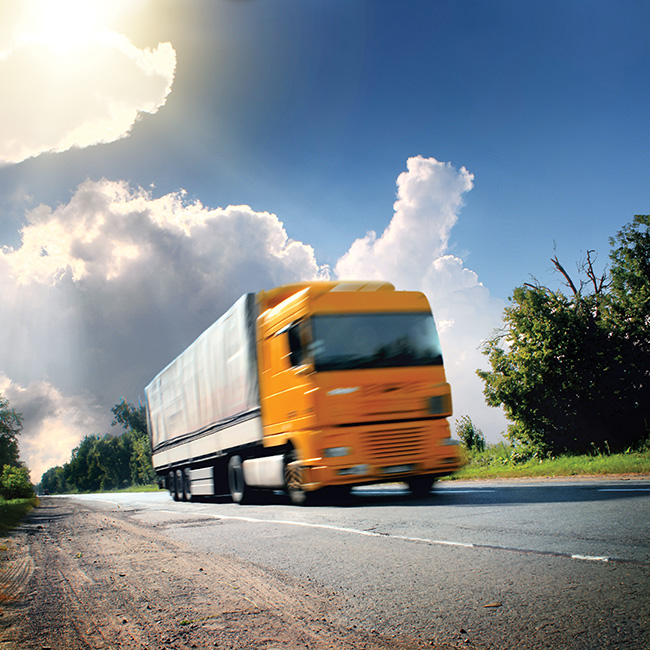 Imagine driving down the road on a sunny day, observing speed limits, tracking your hours of service and keeping a safe distance from the weaving and darting now commonplace on U.S. highways. From out of nowhere, in a seeming instant, a passenger car barrels into the back of your trailer.

You move your rig to the side of the road and, after dialing for emergency responders, you then deploy your reflective triangles. You then rush over to check on the welfare of the driver in the other vehicle.

It’s not pretty, but not as bad as you thought it would be. The front of his sedan is crumpled, but his airbags have deployed. His windshield is shattered, and as you come nearer, you catch the distinct waft of alcohol. There’s no way this could result in a black mark on your driving record. Could it?

Unfortunately, it could. A carrier whose truck was struck in the rear by a drunk driver (as previously described) is still identified as being involved in a crash, despite the fact that the operator was not at fault.  As such, the federal Safety Management System gives an inaccurate impression about the risk posed by a company.

That’s why it’s so important for trucking company owners to take advantage of a new initiative launched by the Federal Motor Carrier Safety Administration (FMCSA), which has launched the Crash Preventability Demonstration Program, which allows motor carriers involved in certain crashes to present their side of things.

This doesn’t offer operators carte blanche, however. The accident(s) must have occurred on or after June 1, 2017, and they must fit into the following criteria. Such as, when the commercial motor vehicle was struck:

• By a motorist driving under the influence (or a similar offense);

• By a motorist who was driving the wrong direction;

• While the rig was legally stopped or parked, including when the vehicle was unattended;

• By an individual who is committing, or attempting to commit, suicide by stepping in front or driving in front of the CMV;

• If the rig sustained disabling damage after striking an animal in the roadway; or

• If the crash was the result of an infrastructure failure, falling trees, rocks or other debris.

Fighting to Clear Your Name

Even if you met those criteria listed, that’s just the beginning. Be prepared to literally argue your case, to keep your record clean. As a lawyer who spends his days defending truck operators, I’m still surprised when I come across a client who fails to realize what’s at stake in a legal citation or in a legal claim that pertains to their operation. These claims can jeopardize trucking firms’ very livelihoods.

Through the Crash Preventability Demonstration Program, companies may submit police reports, video footage, photographs and insurance information through the FMCSA’s DataQ information management system, to assist the administration with its preventability determination.

A few added measures I would recommend include adopting the use of front-facing and cab-facing cameras in rigs. These cameras are gaining popularity because they eliminate any conjecture over what actually transpired in front of drivers, and what a driver’s response was to an incident. This footage can prove invaluable in clearing your driving record in the event a passenger vehicle inexplicably rams into your truck.

Furthermore, if you haven’t already, be certain to consistently use an Electronic Logging Device (ELD), which constantly records your speeds, hours of service and can even track your location and vehicle movements.

Though these devices require some cash outlay, they might prove invaluable when an accident happens. The more facts that you can present to prove your side, the better. What’s more, these devices record data constantly, so drivers can keep their eyes and minds on the road ahead of them at all times. Their effectiveness or recall is unimpacted by the fog of events that sometimes accompanies an accident.

See You in Court?

If you’ve been involved in an accident with a car, there’s a chance your driver safety score might be the last thing that comes to your mind. More than likely, you’re more concerned about the welfare of the driver who ran into you. As I’ve written before, drivers need to maintain a high level of professionalism even in the worst crashes.

Safety should always remain paramount in reacting to any crash. That’s why preparing ahead for the likelihood of a crash will help alleviate concerns of how these events will play out before those determining your driver safety record. Not to mention that even though passenger car drivers cause most accidents, they’re more likely to bring litigation following an accident.

Even if owner/operators think they might not obtain a favorable ruling from the FMCSA, I would still encourage them to submit whatever information they have to DataQ. Even if they are unsuccessful, it will help them prepare for the next crash, if there is one.

Given the fact that cars cause most of these crashes, it makes sense that the federal government would offer the Preventability Demonstration Program. It makes even more sense, then, that the drivers take advantage of the program, and that they will be armed with the facts if (and perhaps more likely, when) a passenger car causes an unavoidable accident.

H. Peyton Inge IV is a lawyer at the Dallas trial law firm Kershaw Anderson PLLC, where he defends transportation and logistics firms across the nation in matters of regulation and litigation.