Skip to content
You are here:Home » CMAC Group employed a clever tactic in its formative years that set the wheels in motion for continued organic growth
Logistics Multimodal/intermodal Insights 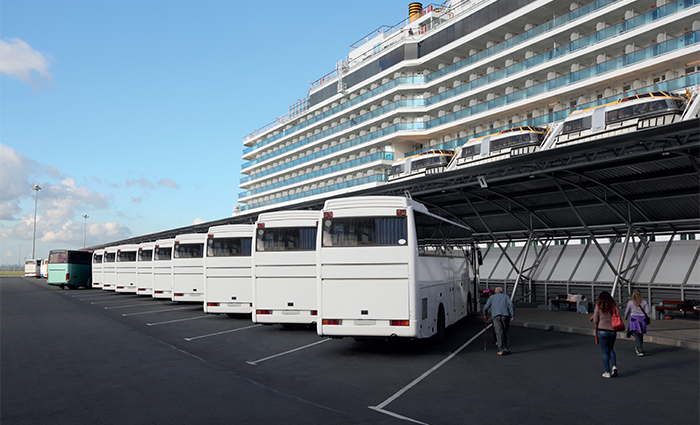 To those who wait

Fifteen years ago, CMAC Group (CMAC) was established in Accrington, UK. Back then, it operated with a relatively simple business model: offering direct business-to-customer coach hire services for school trips, corporate events and football matches. Behind the scenes, however, the company was steadily working towards its true calling. In speaking with Transportation & Logistics International, Peter Slater, CEO, highlights one of the key reasons behind CMAC’s initial, humble approach to the industry, before becoming the logistical international giant that it is today.

“Until you have established yourself as more of a household name, particularly within the logistics & transport industry supply chain, it’s difficult to get 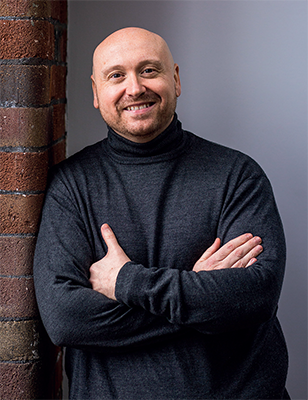 involved with the more exciting elements that the industry has to offer. Brokers and middlemen, which is what organizations like CMAC are sometimes considered, aren’t particularly popular, as they’re seen to skim profit from the business that would naturally land on the desks of coach operators. To gain the trust of our peers, and make it known that we’re reliable and committed, we set out in 2007 with the best payment terms in the industry. We paid everybody immediately, the day after they had worked, which broke the norm. This was incredibly difficult for a new company and entirely self-funded, yet it worked and helped us on the path to the impeccable reputation that precedes the CMAC brand today.”

At this point, the company started to move across into the flight disruption sector. It took a period of measured trial and error to find the correct balance of emergency work versus prebooked jobs, as over-reliance on the reactive services involved lots of time sitting around, broken up by hectic days of activity. The initial two contracts, with FlyBe and Jet2, helped the company cut its teeth and led to the development of its 24-hour fully staffed control center, which is still manned by its UK-based team 365 days per year.

Due to its success, CMAC then went on to expand its services to support rail networks in the UK for the movement of both critical staff and customers, often caused by delays or line issues, and in 2011 entered the breakdown recovery sector. Working alongside the likes of RAC, the AA and Green Flag, CMAC helps transfer customers whose cars could not be fixed by the roadside.

Technology solutions
The company saw around 100 percent organic growth, year on year, up until 2017, and in the following year acquired Cabfind – in the name of maintaining its balance of reactive and prebooked work. In purchasing this business from TransDev, it created the largest network of corporate ground transport solutions in the UK and inherited Cabfind’s 75 percent prebooked to 25 percent emergency ratio of jobs, almost exactly the opposite to its own. Peter cites this as being imperative to staffing: “When potential new suppliers ask us what we do, and we tell them flight disruption, it’s immediately followed up with ‘When does that happen? How often?’ These are obviously very difficult questions to answer, because we just don’t know. This hinders the establishment of sensible rates from our suppliers, especially if they don’t know that you’re a trusted company, so its hugely important to maintain enough pre-booked work to keep things going. 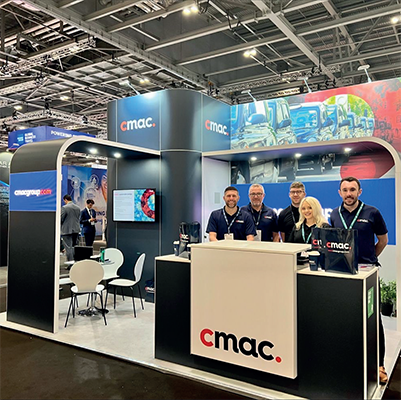 “I’ve been working in this industry for approaching two decades now, and as far as I’m aware,” he continues, “nobody else out there offers everything that we do: coaches, taxis and hotels, in a pre-planned or emergency scenario for multiple sectors and verticals. We are also separated by our implementation of our own in-house developed and owned technology, something I’m incredibly passionate about and proud of. We couple this with manual support too, as you can guarantee that at least 20 percent of a flight of 300 people, who have just been electronically notified of their journey’s diversion or delay, are still going to want to speak to a human about the problem – how they are going to get home or details on their next flight. Unlike any of our competitors, we employ a team of 120+ well-trained and experienced operational staff to provide this real-time, real-person support, and it is this our clients from a variety of sectors and verticals thank us for.”

CMAC also utilizes acquisition strategies in its overseas expansions. In obtaining bases in Spain, Portugal and Greece through a joint venture, the company can offer its clients a network of support across a number of European countries. By starting with an airline’s most critical destination, CMAC will work with the customer in developing a strategy that can support them across the continent. Peter states that the company’s presence further afield is something that is requested regularly, but as he details further: “I don’t see the US as a single opportunity. There’s an awful lot to consider in building a transatlantic relationship and I feel we’ve got a little bit more to do first. I would say that the Middle East is a higher priority for CMAC, but even that’s still debatable. Our overseas strategy has traditionally revolved around Europe.”

The tone of CMAC’s future has been set by its determination to continue down this path of organic growth, and via further exploration into the world of acquisitions and partnerships. With its current network of 4000 suppliers and portfolio of over 350 clients, it has a strong base from which it will soon be ready to soar far and wide. “The big American players sometimes find Europe a challenge, with the smaller number of amenities available. For example, US airports are often surrounded by hotels with 300 to 500 rooms, whereas you land in Leeds and there’s a Travelodge with 112, and that’s it at the airport. Instead of viewing them as competition, maybe one day we’ll consider working alongside them. We will see,” he concludes.
www.cmacgroup.com