Back to Features > Greater clarity and detail required

The British International Freight Association (BIFA) has called for ‘greater clarity and detail’ on the new systems relating to cross-border trade that are set to come into force from 1 January 2021 when the UK leaves the EU.

“The sooner the government puts some meat on the bones of the various announcements, the better it will be for members of the BIFA, which manage a significant proportion of that visible trade,” said the forwarder body’s director general, Robert Keen.

“With less than 100 (working) days to go before the end of the (Brexit) transition period, we share the concerns of our members whether there will be sufficient time to make the necessary preparations to facilitate and implement the revised arrangements.”

He explained that when the Border Operating Model was revealed, BIFA welcomed the fact that the information contained in the documentation suggested a more cohesive approach to managing the UK’s trade flows and regulatory procedures with the EU.

The announcement gave some clarity on the timing of increased controls; the overall processes that need to be followed; investment in infrastructure; as well as grants for training and new IT infrastructure.

However, Keen noted: “Set within the overall Border Operating Model, a pattern is emerging of announcements with attention-grabbing headlines, but minimal detail that doesn’t appear to have been thought through.” 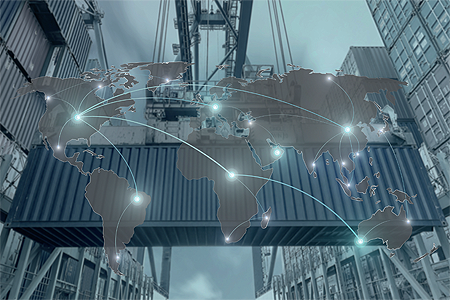 He underlined that BIFA has significant concerns about the recent announcements on the Smart Freight System; the Goods Vehicle Movement System, as well as the Trader Support Service for Northern Ireland, in particular, which was announced in August.

Whilst the new systems have been announced, consultation with the trade has been minimal and some of the practicalities of implementing the new systems in regards to freight forwarding, and other supply chain responsibilities, as well as document flows, do not appear to have been taken into account, Keen claimed.

“Clearly, in regards to the Trader Support Service, if businesses wish to remain compliant they will have to implement new processes and train staff, which will mean investment at a time of huge uncertainty.

“We appreciate that Northern Ireland is a special case, but BIFA members are disappointed with certain elements of the announcement, including the fact that the Trader Support Service will include Rest of the World customs entries, which will actually lead to them losing business and revenue.”

He said the decision to include Rest of the World trade with Northern Ireland in the range of the Trader Support Service activities “has come as a complete surprise and we have already had members advising that their customers will be cancelling the customs clearance services performed on their behalf.

“There are also significant gaps in detail regarding key customs responsibilities, such as direct and indirect trader status, which can carry significant liabilities.

“BIFA members on both sides of the Irish Sea that have been encouraged to invest in employees, new IT systems, sign contracts and make other financial investments, could find themselves out of pocket with the introduction of the Trader Support Service.”

Keen concluded: “BIFA remains concerned that many of the details concerning the new systems still appear to be at the conceptual stage. We urge the government to provide urgent clarification as many questions remain unanswered for businesses in the UK, and in particular in Northern Ireland, where both the EU and UK customs rules will be applied, depending on the final destination of the goods.

“Even with the further financial commitment that was announced alongside the news of the Trader Support Service, the time frames for consultation; procurement, and then devising the appropriate IT and other operating systems seems extremely challenging.”

Robert Keen Director General of The British International Freight Association (BIFA) the trade association for UK-registered companies engaged in international movement of freight by all modes of transport, air, road, rail and sea. BIFA has around 1500 corporate members, known generally as freight forwarders, who offer a wide range of services within these various modes.
https://bifa.org