Back to Features > Near Shoring Takes Hold 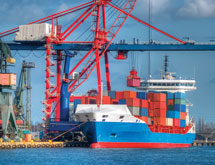 Apple CEO Tim Cook made headlines recently when he announced plans to move production for at least part of an existing Mac line to the United States. In fact, though, Apple joins a growing list of North American businesses – General Motors, General Electric, Microsoft and Ford among them – that have recognized that overseas offshoring is no longer the good deal it once was, nor does it comport with today’s supply chain demands.

Instead, businesses are increasingly realizing that better options exist closer to home. Some of the world’s largest companies have joined a steady stream of smaller companies in a concept known as “near shoring” – returning operations to nearby or neighboring countries. Near shoring has become so prevalent that a recent survey by international business consultants AlixPartners found that 42 percent of senior executives have either already taken steps to near shore manufacturing operations or plan to do so within the next three years. These findings are reinforced by a MFG.com survey, which found that 21 percent of North American manufacturers reported bringing production back to, or closer to, North America within the past three months – a 9 percent increase over a similar survey conducted three months prior.

Why the sudden “rediscovery” of Mexico and Canada as viable manufacturing options? For one thing, a confluence of factors made China and other previously desirable locations less attractive:

At the same time China was seeing its star fade, Mexico’s fortunes have risen. The Boston Consulting Group, for example, found that while average factory wages in China have risen to roughly $4.50 per hour – with expectations of hitting $6 per hour by 2015 – average wages in Mexico are $3.50 an hour.

Labor costs, which account for 20 to 30 percent of a product’s total cost, are just one factor at play in deciding to near shore. Other advantages include favorable trade agreements – NAFTA, in particular – along with access to a highly skilled work force, greater quality control, ease of visiting facilities, reduced transit times, greater inventory control, real-time access to production managers and an absence of visa requirements.

Canada is seeing a long-term investment in its technology sector pay off. Atlantic Canada – which includes the provinces of Nova Scotia and Prince Edward Island along with the eastern-most provinces of Newfoundland and Labrador – has established itself as one of the world’s leading IT corridors. CGI, Microsoft, IBM, EDS, Keane and CenterBeam have relocated portions of their IT businesses to Canada in recent years, taking advantage of Canada’s low corporate tax climate and skilled work force.

These expectations are not surprising, since today’s supply chain models are drastically different from those that were in place when businesses first went overseas. At that time, it was normal for an Asian supply chain to involve a 35-to-45 day transit time. This is no longer acceptable. Customers expect immediate delivery of products, and empty shelves are seen as signs of poor supply chain management. Products sitting in a warehouse in China are of little use to a U.S. merchant with demand for those products. U.S. businesses also found their Asian supply chains offered very little flexibility and little ability to react to changes in customer demand or troubleshoot problems that invariably arose.

By bringing production back to North America, businesses are taking control of their supply chains. Logistics providers are able to customize solutions that meet businesses’ specific needs. Businesses no longer have to settle for a “one size fits all” approach to moving goods, but can choose the solution that works best for them. For example, a business may prefer a supply chain that allows for distribution center bypass, thereby allowing for faster and more direct delivery to customers; or a supply chain that offers accommodations for the peaks and valleys of its business cycle; or a supply chain that is able to consolidate smaller shipments.

Businesses are also finding that by moving production closer to their end-customer, they can improve order fulfillment rates and eliminate several of the middlemen that added uncertainty to Asian-based supply chains. When international consultant A.T. Kearney was asked by a leading retailer to determine why fill rates among its top suppliers were consistently underperforming, an in-depth study was undertaken to examine where the breakdown was occurring. Kearney found that collaboration was the primary problem – the supply chain had gotten too complex, with too many individuals and components, and not all working off the same game plan. Near shoring allows businesses to streamline their distribution processes so those processes are leaner, more efficient and more collaborative.

Also of significance is the ease with which goods can travel within North America. The North American Free Trade Agreement eliminated tariffs on virtually all domestic products, and each country has programs in place to facilitate the border clearance process.

This is not to say that crossing any international border is easy – the U.S., Canada and Mexico each maintain highly complex and exacting compliance, revenue and security requirements. And the economic recession took a toll on border crossing staffing and upkeep. But an experienced logistics provider can facilitate the border crossing process so that shipments arrive at the border already pre-cleared for entry.

Another critical factor is North American infrastructure. Although far from perfect – Canada is estimated to need $400 billion to fix its crumbling infrastructure, $2 trillion to fix U.S. bridges and roadways, and Mexico faces the double task of improving infrastructure and cracking down on criminal activity – the continent offers a continuous network of road, rail, air, and water options that can form the basis of a well-oiled supply chain.

As more businesses opt to return manufacturing functions to North America, we can expect to see increased demand for better and more creative supply chain options. It’s essential that a near shoring business enlist the services of a logistics provider that is up to the challenge, and has the experience, resources and expertise to build and manage an effective supply chain solution.

John T. Costanzo has served as president of Purolator International Inc., a wholly-owned subsidiary of Purolator Inc., since 2001. He is a member of Purolator Inc’s Executive Council, and reports directly to the chairman and chief executive officer. Costanzo is responsible for the corporation’s $100 million U.S. small package and freight-forwarding business, including the development and execution of Purolator’s strategic growth plan for the U.S. market.