Back to Features > Oil Exports 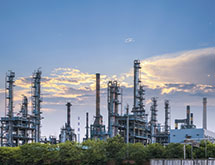 In late June, in a story that was first reported by The Wall Street Journal, it was announced that the U.S. Department of Commerce, through its Bureau of Industry and Security (BIS), had issued a private letter ruling for Pioneer Natural Resources (Pioneer) and Enterprise Products Partners LP (Enterprise) which allowed the companies to export lightly processed condensate from their Eagle Ford, Texas, production. The ruling had actually been issued earlier in the spring, but had been kept confidential. It nonetheless triggered a widespread media overreaction — akin to Alan Greenspan’s famed “irrational exuberance” — with expectations that the ruling heralded the coming end to the U.S.’s long-held crude oil export ban. While not wholly irrational, such expectations are likely overly optimistic.

The Obama Administration and the Department of Commerce have nonetheless stressed that the ruling does not constitute a policy change and is not the first step towards the removal of the crude oil export ban, nor is it a blanket approval for all condensate exports. Enterprise exported its first cargo of condensate in August to a Japanese trader, and a number of similar applications for export permission are expected to follow from other industry participants.

The law and the letter ruling

In understanding the law and the BIS ruling, it is first important to note that lease condensate is considered crude oil under current Department of Commerce and Department of Energy guidelines. One problem, however, is that there is no standard definition of condensate. In general, condensates are light hydrocarbons that are typically in a gaseous state in underground reservoirs but liquefy at surface temperatures and pressures. They generally have an American Petroleum Institute (API) gravity of greater than 50 degrees, but there is no firm line between an ultra-light crude oil and a condensate. Condensate-like hydrocarbons are classified into two basic categories:

•Lease condensate — the liquids that condense from a natural gas well at surface temperatures and pressures;

•Plant condensates — the pentane-rich liquids that are removed from the wet gas stream at a gas processing plant.

Both types of material are largely similar in chemical composition. While the former is considered crude oil and generally not exportable, the latter is considered a petroleum product — a natural gas liquid (NGL) — and is exportable.

Secondly, the Energy Policy and Conservation Act of 1975 (EPCA) restrictions apply to crude oil (and by extension to lease condensate) “which has not been processed through a distillation tower.” While at first glance, it would appear that the BIS was narrowing the export restrictions in its ruling (i.e., allowing condensate exports), rather, it appears to have broadened the definition of “processing” in its ruling. The BIS ruled that the Pioneer/Enterprise stabilization units that remove some of the more volatile components of the lease condensate stream would constitute “processing.” Speaking at a recent Energy Information Administration (EIA) conference, Jacob Dweck, an attorney with Sutherland Asbill & Brennan LLP, noted that the Pioneer/Enterprise ruling was a “technical legal exercise” confirming that once condensates are run through a distillation tower, such as in a stabilizer, where they are broken down into distinct product streams, they can be exported under existing regulations. Essentially, the BIS ruled that the processing technologies used by these companies meet the minimum criteria for export.

The BIS ruling does not provide a blanket approval for the export of unrefined crude oil or condensate, and may simply be a relatively narrow interpretation based on specific facts and circumstances. It does, however, expand the definition of what constitutes a refining process and what is then considered an exportable product.

The surge in light sweet oil production (also known as light tight oil) has triggered supply and demand imbalances and logistical bottlenecks that have resulted in inland North American crudes trading at a discount relative to international crudes. The problem is compounded by the mismatch with the U.S. refining system, which is geared toward processing heavier, more sour crude, thereby limiting to some extent the market for light sweet crude oil and condensate. Allowing some of the surplus to be exported, in theory, would remove many if not most of these market distortions. While any steps to improve upstream realizations would be welcomed by producers, refiners who have benefited from access to advantaged crude are generally less welcoming of an easing or lifting of the export ban.

Stabilization is a fairly common and simple process. It is less complex than simple distillation, topping or hydroskimming done at a conventional refinery, and is also less complex than condensate splitting, which physically breaks the condensate into its component fractions, such as naphtha, distillates and various NGLs. In contrast, stabilization typically separates out the lighter, more-volatile components, which then go back into the wet gas stream and on to a gas processing plant, from the heavier liquids (still a very light oil), making it more stable for transportation. This slightly heavier product is considered an attractive refinery or petrochemical feedstock. As noted earlier, the BIS ruled that the processing technologies used by Pioneer/Enterprise met the minimum criteria for export. BIS did not, however, specify how far down the processing continuum one could go (i.e., how little processing had to be done) and still qualify for export. Additionally, the geographic nexus of the processing was not specifically addressed in the ruling — notably, the Pioneer/Enterprise processing occurs at a separate midstream facility, not at the production site. Whether this was an important distinction is unclear. The relative costs per barrel of the various options along the processing continuum are, of course, important. As noted by John Auers of Turner, Mason & Company at the recent EIA conference, stabilization may be a cost-effective option for some operators, with capital and operating costs for stabilization units generally less than one-half of those for condensate splitters.

Another important implication of the BIS ruling is that condensate from approved facilities and processes like those of Pioneer/Enterprise needs to be segregated and not comingled with non-approved condensate. This requirement will inject an additional layer of logistical complexity in the transportation system as well as at the export facility (e.g., pipeline batching and segregated storage).

It is also important to note that the BIS export application process and the private letter rulings are by law, totally confidential. No public hearings are held, and there is no public way to track pending applications or the content of those applications, either before or after a decision is reached. Decisions are made on a case-by-case basis. Nevertheless, we do believe that subsequent condensate export applications will be forthcoming (and certainly given the confidentiality of the BIS process, may already be under review). Administrative law precedents would imply that BIS has very limited discretion to deny applications that are substantively identical to the ones that have already been approved.

Political opposition to loosening the restrictions on crude exports has primarily come from those worried about the potential impact on U.S. gasoline prices, given the assumption that exports would presumably cause U.S. crude prices to rise and thus, by extension, U.S. product prices would similarly rise. Countering that argument, however, is the assumption that these exports would exert some downward pressure on global oil prices thus putting some downward pressure on global product prices as well.

How could U.S. energy export policy change and what are the principal options?

•Formal change to the regulatory language and rule-making process: some would see the Pioneer/Enterprise ruling as the first sign that such an option could be considered.

•Flexible reading of the current regulatory language: given the Pioneer/Enterprise ruling, this option appears to be the most likely and least controversial.

In short, we do not see any imminent material change in U.S. energy export policy as it pertains to crude oil, rather we see a series of incremental policy clarifications and reinterpretations of what is consistent with the country’s national interest — what could be described as “policy creep.” More specifically, as a result of these further policy clarifications, we would see a clear path to increasing condensate exports over time. Quite possibly, given that the key standard is on processing (and, specifically, on distillation) rather than the feedstock itself, the next major decision could focus on whether crude oil (rather than condensate) put through a stabilizer (with minimal distillation) could qualify for export.