Back to Features > Paving the Way 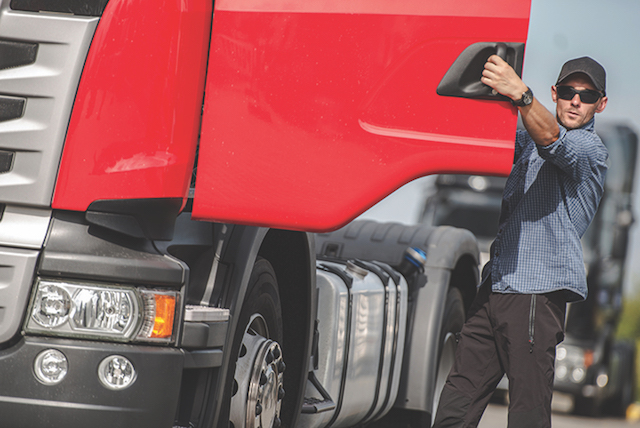 Here are some steps that will help in setting the stage for autonomous vehicles.

From manufacturing plants to fast-food restaurants, automation is making its mark on almost every industry. And trucking is no exception. Earlier this year a Swedish startup unveiled an autonomous, electric-powered truck known as the T-log.

While it may be some time before the T-log starts making deliveries, the engineering behind it is indicative of a growing push toward automation. By carefully tracking the health of a vehicle and creating a forum in which vehicle-specific data can be shared between relevant parties, you can pave the way for autonomous technology.

With the potential to increase efficiency and slash fuel costs, autonomous trucking continues to pick up steam. Drivers, however, aren’t going away anytime soon. Although 72 percent of U.S. adults have expressed concern over a future in which robots are capable of doing jobs currently held by humans, the value of a driver’s intuition remains unmatched.

Over the course of a long trip, a driver can develop a degree of familiarity with a vehicle that’s crucial to identifying potential problems. If, for example, a puff of smoke rises from the engine or a strange vibration begins to occur, immediate maintenance may be required. Instead of focusing on getting the vehicle from point A to point B like an autonomous system would, human drivers can recognize and solve an issue before it becomes serious.

For fleet managers looking to complement driver ingenuity while also taking advantage of all that autonomous systems have to offer, high-level sensor maintenance and performance monitoring is key.

As a vehicle’s level of autonomy increases, so must the amount of information collected. Wondering where to get started? Try tacking on additional sensors. Capable of providing the real-time feedback needed to monitor a vehicle’s health, sensors promise to fill in the gap between drivers and autonomous systems.

While autonomous systems may be enticing, there’s still an important role for human drivers to play in trucking. A number of startups are searching for ways to leverage both drivers and autonomous systems. Through the transfer hub model, for example, autonomous vehicles would traverse freeways before passing on their trailers to a human driver waiting near the exit. This type of tag-team effort can only be made possible through sensor-driven feedback. After all, there is no human driver to keep an eye out for possible issues as resources are carried across a highway.

Paint a clear picture of vehicle performance by using sensors that collect valuable information even when drivers are resting during a trip or awaiting delivery. The insight that’s gained goes a long way toward informing your maintenance strategy and keeping vehicles on the road.

Data drives decisions for better fleet management. Get the information you need by opening the door for data sharing. Several stakeholders – including operators, OEMs, Tier 1 suppliers, technology providers and regulatory bodies – have data that can enhance your understanding of vehicle health and performance. The only problem is finding a way to document and exchange relevant information among key stakeholders.

Make the first move by sharing vehicle performance data throughout the supply chain. From the average engine temperature to fuel efficiency, information gathered by sensors over the course of several deliveries stands to give stakeholders a better idea of what to improve moving forward. OEMs, for example, can use performance data to figure out how certain products are being used. If an engine is struggling to survive the heat during trips out west, an enhanced cooling system might be the way to go.

In that same vein, data from OEMs and suppliers can make it easier to decide how hard you should push certain vehicles. Trucks featuring durable parts as well as impressive performance data may be capable of making a few extra deliveries. Ensure you can capitalize on insights from other stakeholders by setting the stage for an environment in which data sharing is encouraged. The more information that’s made available, the better chance each stakeholder can make strides toward improving a vehicle’s health.

Automation is all the rage these days. But that doesn’t mean it’s time to ditch human drivers altogether. Armed with a knack for noticing if something isn’t right, drivers can add the experience and knowledge needed to monitor vehicle health. Help autonomous systems achieve a similar level of awareness regarding vehicle performance by welcoming sensor technology.

Collecting vehicle data promises to increase your chances of spotting issues long before they get out of control. Better yet, creating an environment in which data is shared among relevant stakeholders can shed light on autonomous vehicle performance and ultimately drive greater efficiency as well as savings.