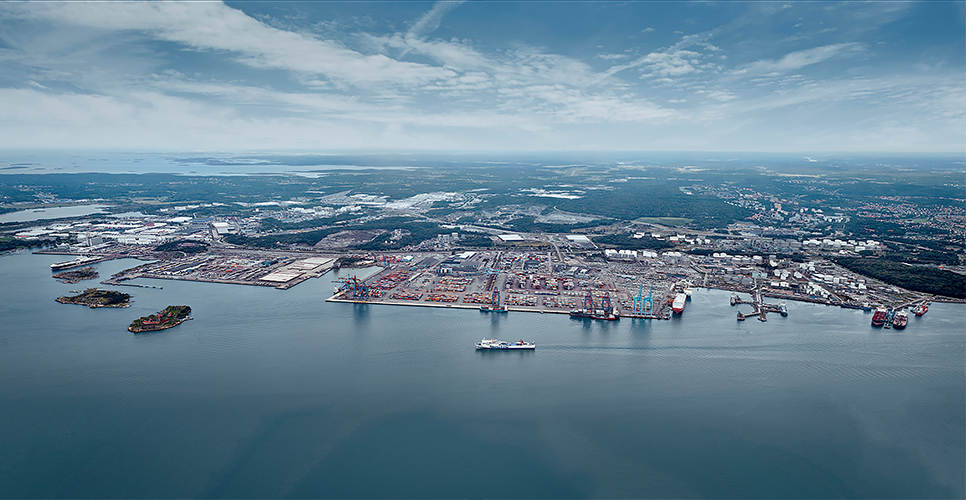 Since 1620, the Port Authority of Gothenburg has worked industriously to develop pioneering maritime services and infrastructure that provide the best preconditions for efficient and sustainable trade through its cargo hub

Despite its size, Sweden is one of the world’s leading nations, and has been for the last 400 years. Its success is owed to long-standing relationships with the international community, and a prime location that allows it to host a catalogue of trading routes. As its global connections have strengthened, so too has the infrastructure to support these operations, which is how the Port Authority of Gothenburg came to be what it is today. Tasked primarily to maintain land areas, quays and other infrastructure, the port is also innovating the transport industry by building new facilities to keep up the pace with ongoing developments happening around the world. Amongst other responsibilities, the trading hotspot ensures that the movement of vessels are as safe, efficient and environmentally sound as possible in order to encourage more import and export companies to make use of its worldwide range of services.

“Over the last 90 years, a great deal of investment has been pumped in to developing infrastructure that links the nation’s roads and rails to the port. This is how we can support more than 72 percent of everything that comes and goes via the port,” says Elvir Dzanic, the Port’s CEO. Located on the Scandinavian peninsula, the Port of Gothenburg is one of the largest in Europe, and offers 130 direct services to destinations in Europe, Asia, the Middle East, Africa and North America. The area also includes three capital cities – Oslo, Copenhagen and Stockholm, 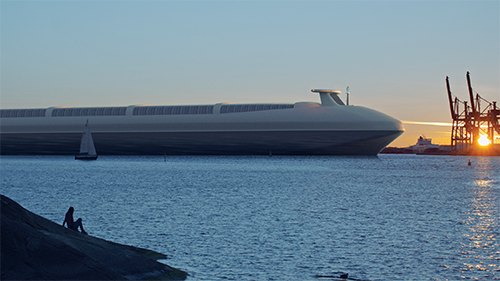 allowing almost 30 percent of Swedish foreign trade to pass through the port. Apart from its direct services, Gothenburg port also has frequent departures to major trans-shipment hubs on the European continent as well as daily intra-European sea traffic. “Our key driver to succeeding in what we do has not been reacting to the industry needs, rather we focus on predicting the trajectory of those needs to determined where the logistics industry is heading,and then respond accordingly. We aim to get there early and capture the proper market, which is how we have been able to support several terminals – a unique capability for a port at both a European and a global level,” he says.

With this approach to its operations, Elvir is excited to share that the port is investing in hydrogen filling for HGV’s through a joint venture between itself, Volvo group, Scania and Stena line. He notes that the port’s ethos is to be as green and sustainable as possible, and in doing so, numerous strategies are taking place to transform the industry, as it rapidly becomes the Nordic region’s first to commit to being fossil fuel free.

As a port that is able to support cruise ships, ro-ro ferries, finished car vehicles, and containerized transport, Elvir discusses how his operations are being rapidly enhanced to support the global sustainability movement. “We are moving away from simply talking about sustainability, and heading towards taking action. Reports are becoming more and more mandatory to show how businesses are reducing their carbon footprint, and the port is absolutely one of them. In terms of our vision, we want to reduce emissions by 70 percent, and to achieve this, we have begun implementing our TransZero project.

“We realized that we own the right to grant access to the port, just as anyone has the right to decide who is and is not welcome into their homes. Likewise, we are building up the infrastructure to support transport that runs on renewable fuels, whether that involves biogas, LNG, LPG, methanol, ammonia or hydrogen. We will ensure that those importing can refuel their ships or trucks, or whatever mode they use, at our facilities.

“We are committed, over the next 72 months, to establishing the infrastructure required for the production and distribution for alternative fuels, and we are working closely together with partners in the industry such as Scania, Volvo, Stena Line, Maersk, and DFDS, to make sure

they have their future assets necessary to run on alternative fuels,” Elvir explains. He continues to note how encouraging it is that other users are equally as enthusiastic to jump on board. “They want to make sure they have these assets to run on these fuels, which means that by around 2025, we will be able to prohibit access to the port if they are not green,” he says.

So far, the port has successfully reduced its CO2 by 92 percent. “We have done so by transforming all of our machinery to electric, hydrogen or biogas, and we have electrified our fences and roads. However, in comparison to the work that remains, these changes only contribute to 26,000 tonnes of the overall carbon footprint reduction, and we need to take care of the sector that travels to and from the port, which makes up another 250,000 tonnes of carbon.

“We have already designed and established distribution of hydrogen through the first public gas station in the Nordics, and by early 2023, people will be able to fuel their trucks either with hydrogen, or direct electricity or biogas, and all these products will be accessible for the public to utilize,” he expresses.

Looking further ahead, although Elvir’s five-year vision for the port includes the 70 percent less emissions strategy, there is another project that he is adamant to pursue, which, he says, ties in smoothly with his sustainability plan. Known as Project CinfraCap, Gothenburg and Sweden could be the first in the world to create a joint infrastructure for the transport of liquefied carbon dioxide extracted using CCS technology. The project is a unique collaboration between Göteborg Energi, Nordion Energi, Preem, St1, and Renova. “It is a lucrative project for many reasons. As a society, we really want to achieve greater environmental standards for the future, and this project is based on the fact that we want to capture the CO2 in the atmosphere, liquefy it, transfer it to the Port of Gothenburg through infrastructure that we have built, and then load it on ships to be taken to Nordic Life in Norway. Then finally it will be placed about 24 kilometres beneath the sea where it can be stored safely. We believe that this has the potential to store away ten million tonnes of carbon safely underneath the earth instead of out in the atmosphere,” he explains. By partnering with CinfraCap companies, Elvir is sure that logistics businesses across the world will be able to reach sustainability targets quicker once the technology for this project is fully operational.

Finally, Elvir reflects on the broader scope of the transport industry, stating that companies need to learn that being nimble and agile is crucial to making the transportation industry a greener one. “I do truly believe that becoming digital is part of the answer to this, because digitalisation helps to create transparency, which we need for the customers who use these ports. So, if there was one wish I could have come true, it would be for the ports to figure out what digitalisation means for their efficiency, and how we can work together with the technology to help make this sector a leading one,” he says. After more than a year of restricted travel, it is refreshing to see Elvir and his team surge on with determination to keep transportation an innovative and renewable industry; one that contributes to the solution of global warming, rather than the problem. “In light of our progress so far, I am proud of the team that keeps the Port of Gothenburg open. Around 3000 people work this port daily to ensure the world gets what it needs, everyone continues to work to the shared goal of an effective service delivery, and we wouldn’t be here without them, so I look forward to seeing a continued success with their assistance,” Elvir concludes.