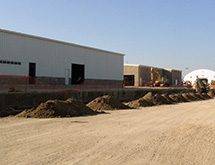 The Port of Galveston already is one of the most important ports in the state of Texas, and now it is expanding to accommodate a recent influx of business. Executive Director Mike Mierzwa says the port is in the middle of some major expansions that will not only provide it with greater capacity but also improve the Galveston area’s economic prosperity.

Originally established as a trading post on Galveston Island in the Gulf of Mexico in 1825, the Port of Galveston has grown to cover more than 850 acres and services nearly 1,000 cargo and passenger ships each year. Recently, there has been an uptick in the number and size of passenger cruise ships coming in and out of the port, and so the Port  decided the time was right for a major expansion of its cruise terminal. When the expanded terminal finally opens, the Port of Galveston will be able to accommodate larger ships and more passengers than ever before.

Another major addition to the port’s facilities currently in the works is the construction of a new vehicle distribution center for Wallenius Wilhelmsen Logistics Vehicle Services Americas to service automaker BMW. The Port anticipates that BMW will import over 30,000 vehicles through Galveston in 2016. The addition of a new distribution center will give the port capabilities to handle that influx and make it a more important part of the German auto giant’s supply chain for the foreseeable future.

The expansion of the cruise terminal has been needed for some time now, as cruise ships continue to get larger and accommodate more passengers. “The purpose of expanding the cruise terminal was to allow us to accommodate larger cruise vessels, so that facility is being expanded from approximately 90,000 square feet to 150,000 square feet,” Mierzwa says. He adds that the original terminal was built to handle ships carrying about 2,600 passengers, but now is handling ships carrying up to 4,000 passengers. In 2015, more than 1.6 million cruise passengers are expected to come through the Port of Galveston

Adding to the need for the expansion is the fact that Royal Caribbean will be adding a new cruise ship to its line that will originate from Galveston and will carry an average of 4,200 passengers. The nearly $15 million project will create a new two-story building connected by an enclosed walkway to the existing terminal. This will allow passengers to wait inside during security screening and provide a larger area for luggage screening, passenger check-in and a waiting area capable of seating more than 2,000 cruise passengers before they embark the ship. Prior to this expansion, all of these functions were housed in the same building, creating cramped conditions during periods of heavy passenger loads.

The project also includes improvements to the wharf facility because the size of the new Royal Caribbean cruise ship necessitates that the wharf be extended by approximately 95 feet and additional higher capacity mooring bollards to hold the ship’s lines be added. Mierzwa says soil conditions on the site threatened to drive the cost of the project higher, but a new design was drawn up that kept the improvements down to a reasonable cost. Mierzwa says the port is looking forward to the greater flexibility the expansion will provide. “It allows us to expand current things that we’re doing in the terminal,” he says, adding that the expansion is expected to be completed by March.

Center of it All

The BMW distribution center will service 45 dealerships in Texas as well as Oklahoma, Louisiana and Arkansas, and will be owned and operated by WWL Vehicle Services America. The facility will include more than 44,000 square feet of processing space across two buildings on approximately 20 acres of land and will generate more than 30 new full-time jobs in the area.

Although these additions bring with them a number of logistical challenges, Mierzwa says the Port of Galveston knows how important they are for the continued success of the port and the surrounding community. “Part of the mission of the port is to be an economic engine for the city of Galveston and for the region,” he says.