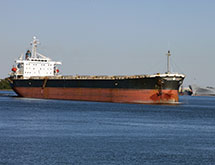 In the past few years, the Gulf Coast has had to deal with major hurricanes as well as a hefty oil spill. But the Port of Gulfport understands it can’t be daunted by such things. Port of Gulfport is dedicated to providing world-class maritime terminal service, as well as ensuring economic growth in the state through domestic and international trade. And the growth is happening, as evidenced by the all of the construction activity, as well as the new partnerships the port is developing.

The port operates under the jurisdiction of the Mississippi State Port Authority, which is responsible for the daily operations of the port. Port of Gulfport takes pride in the many advantages it offers carriers and customers:

•Reduced transit times with its location on the Gulf of Mexico;

“The southeast region of the United States is home to several of the fastest-growing metropolitan areas in the country, providing for a growing destination market for imported goods,” the port says. “Central American markets are growing more rapidly than average nations, providing both growth opportunities for imports and exports.

“Geographically, the Port of Gulfport offers a proximity to inland locations adjacent to the Mississippi River, as well as to Central America and a handful of South American markets. Paired with very short transit times and competitively priced tenant space, this allows for a range of activities to occur at the port including stuffing, stripping, consolidating and deconsolidating.”

Additionally, Port of Gulfport is a Green Marine certified port, and one of the first saltwater ports in the nation to achieve the designation. Green Marine is a voluntary marine industry initiative that strives to achieve levels of environmental performance that exceed regulatory requirements in areas such as air, land and water emissions.

“The port’s environmental stewardship is one of great importance for both the community and the port,’ says Jonathan Daniels, MSPA executive director and CEO. “Becoming a certified Green Marine port no only shows our strong commitment toward greening our operations, but also sets an example for other ports.”

Port of Gulfport’s green initiatives include a diesel emission reduction plan that will replace the diesel-powered mobile harbor cranes with electric gantry cranes; enhancing the landscaping on Highway 90 by changing lighting, fencing and adding vegetation; and adopting guidelines to curb emissions from truck traffic traveling to and from the port.

The Port of Gulfport’s principle customers include Crowley Liner Services Inc., Dole Fresh Fruit Company and DuPont. The port also has a non-maritime business line consisting of a leasehold and revenue sharing agreement with the Island View Casino Resort. But to attract more customers and tenants, the port has completed more than $80 million in construction in recent years, and has more than $65 million in current construction projects.

One of the port’s newest tenants also has construction plans. In May, McDermott International signed a lease to locate and operate a spoolbase pipe fabrication facility to support the oil services industry at the Port of Gulfport. McDermott plans to make significant investments in the facilities on the port’s East Pier and will employ approximately 100 full-time employees.

“We welcome our newest partner McDermott International to the Port of Gulfport, and we look forward to many years of success together,” says John Rester, MSPA board of commissioners president. “This break-bulk operation will result in significant tonnage growth at the port, and that tonnage increase drives employment.”

McDermott’s construction is expected to begin in the third quarter of 2015 with operations projected to start in the first quarter of 2016. Warehousing along the East Pier will be demolished prior to construction. The port notes pipe will arrive at the East Pier by barge, and following fabrication, will be spooled on special oil service vessels at the port.

“I am proud to welcome McDermott International as the newest tenant of the Port of Gulfport, and the newest business partner to the state of Mississippi,” Gov. Phil Bryant said in a statement. “This is one of the many recent positive accomplishments of the Port Restoration Program. The Port of Gulfport is an important economic driver for south Mississippi, and the investments we are making will position the region for growth for years to come.”