Back to Features > Rail Future 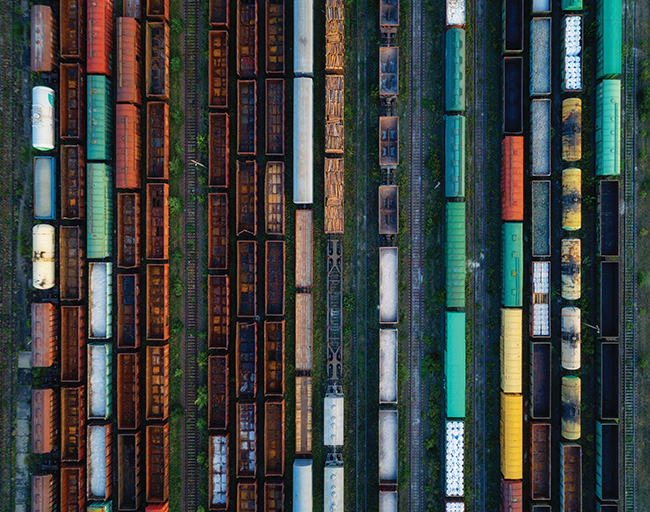 There are a lot of people that talk about Positive Train Control (PTC), and how it will help the freight rail community, but what really is PTC?  Truth be told, it is just an overlay over all existing types of train control (either signals along the tracks or paper based forms), and only has four functions: Prevent train to train collisions, protect employees on the ground, stop trains before they go over a switch that is not in the correct position and prevent trains from going too fast for curves.  All of this is still dependent on the existing train control to perform most of the underlying safety functions.

The most important hardware in the system is the data link between the locomotive and the ground based communications network. It allows trains to authenticate crews and provide information on the track assets the train will encounter on its trip. Once moving, the data link interrogates various devices continuously to ensure that the route ahead is clear of other trains and all the equipment along the track is functioning as intended.  Sounds easy? The reality is that PTC is a development project as opposed to off-the-shelf technology, and we have all been told the issues with interoperability, radio spectrum, antenna sighting and others impeding progress.

Still, by 2020 we should have most of the track equipped with PTC that needs to be equipped. That should be good news for all, including shippers, as the railroad should be safer (at least marginally).  This will be an important milestone for a couple of reasons. First, it represents a huge investment by the railroads of several billion dollars. It will be good to see those dollars invested on other needed capital programs that will make a real positive difference in operations. Second, the railroad will be “networked” to such a degree that there will be constant and continuous connectivity with trains. That is no small feat, and the cellular network follows the interstate highway system, not the transcontinental mainlines of the railways.

That leads us to the next step in the evolution of PTC. We know what it is, but what can it be?  Fortunately, the next steps are already being discussed at a high level. The idea of “networked” trains is not new, but it is new when applied to the freight trains in the United States.  The current PTC radio connection allows for up to 32 kilobits/second, not unlike an old dial up line from the ‘90s.  That might not seem like much, but it is just the start of the digital railway.

What does all of this mean to the customers of the railroad? Frankly, a lot. Aside from the low bandwidth connection (that will be a fairly large upgrade to fix), think of the railroad right-of-way as an “Internet of railroad things” where all of the devices; switches, signals, highway crossings, defect detectors, locomotives, cars in the train, even individual loads can talk to each other and transfer data to where it is needed.  The railroads will likely tend to first look at health and welfare monitoring.  That is done on a small scale now, but once the data gateway is opened, outages will be predicted, prevented and minimized.  This increased average velocity and better on time performance.  Now that we are in the precision railroading mindset, this becomes even more important.

Integration of highway crossings is already being considered, but with trains predicting when they will be at the roadway, several steps of automation would be possible including constant warning time, horns and bells. Intelligent highway crossings also can alert oncoming trains of obstructions and other issues that might compromise safety.

Operations would be optimized to the highest degree. Knowing current locomotive performance, combined with the detailed knowledge of the track and grades provides highly accurate predictions for arrival times at yards and terminals – and the freight that it carries.  This allows for better handling of yard facilities and crew assignments.  After all, railroads don’t make money switching cars or waiting for connections.  More importantly, customers will have actual real time information on shipments, not educated guesses.

So the future of railway operations is about to take a huge leap forward, it’s just going to take a few years to get there. The first challenge is the meet the FRA deadline for the initial roll-out of PTC, likely by 2020. There are still constrains left over from some of the early decisions that shaped PTC as we know it today in bandwidth, capacity and functionality, but these are more technological problems that will be solved.  As the railroads enter the connected age of autonomous vehicles, 5G cellular data rates and the Internet of things, they will take advantage of the these advances to bring a new level of reliability, service and efficiency to their customers like never before. I can’t wait to see it.

Dr. David Thurston is an IEEE senior member. He has been involved in systems engineering, emphasizing design, construction and operations of railroad and transit systems for more than 34 years.  He received a BS in Electrical and Computer Engineering from Clemson University, a MS in Electrical and Computer Engineering, George Mason University, and a PhD in the School of Engineering at Temple University. Currently with WSP, he is the national lead for rail systems. In addition, he is a registered professional engineer in nine states, an Honorary Fellow and chairman of the North American Section in the Institution of Railway Signal Engineers, and elected board member of the Vehicular Technology Society.