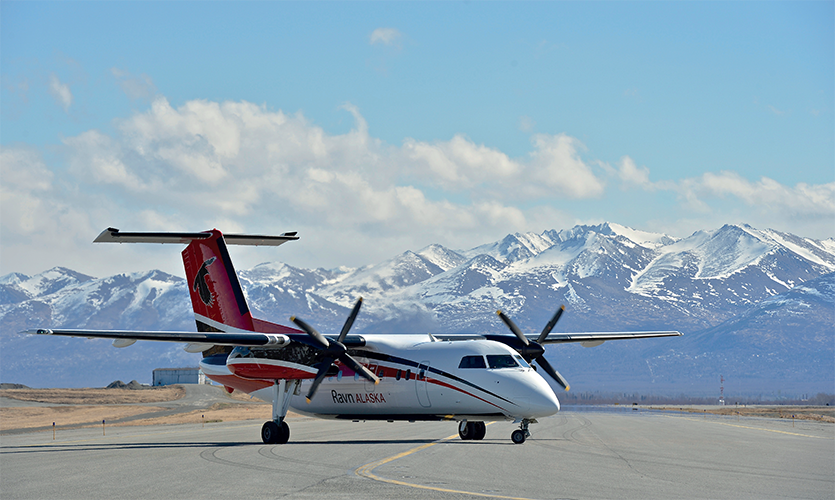 The phoenix of Alaska

Despite the challenges that the company has already overcome, Ravn Alaska has once again taken to the skies to provide efficient air travel for its home State

Although considered a sparse and desolate region, Alaska’s community does well to ensure it remains connected, and one of the key players to assist with this is Ravn Alaska; the largest domestic airline in the most northern State that is keeping its population closer than ever. “Our part of the world is not joined by many roads, so folks depend on air travel for trips like doctor visits, going to the grocery store, or seeing their family and friends, and then of course as a connection to national and international flights,” shares CEO Rob McKinney, who is also the person responsible for bringing the air travel business back from the ashes. 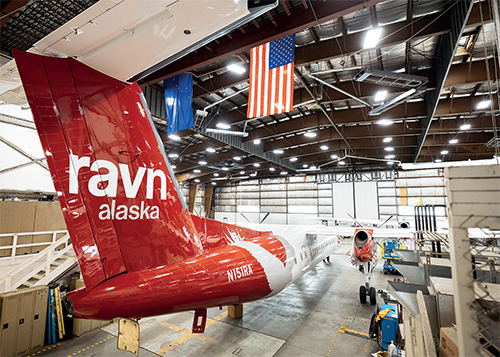 As far as resurrection stories go, Ravn Alaska’s is quite remarkable. Known formerly as Ravn Air Group Inc, the entirety of its history dates back to 2015. Having maintained a success, in late 2019, the business fell victim to a ransomware attack that served as a catalyst to the its bankruptcy. “Of course, at the back end of this was the Covid-19 pandemic, so the company fell into $95 million worth of debt, and was subsequently forced into liquidation,” explains Rob, who, at the time, was living in Maui, Hawaii, eyeing out the developments happening further north.

It was only when the company was marketed for auction, that Rob and his team sprang into action to save the business as best as they could. “We were able to stand the company back up, and move it into commercial operations within three months, which, considering the circumstances that we were forced to work with, is an achievement that we are incredibly proud of.” By November of 2020, Ravn Alaska’s had welcomed an additional 300 employees to its team, and its new fleet had taken to the skies once again.

But what had drawn Rob away from the sandy shores of Hawaii’s archipelago, to Alaska’s snowy tundra? “I had actually done business in Alaska previously with another company, so I was familiar with the State. It felt as though the move was more advantageous from an opportunities’ perspective. Before my business partner and I took on Ravn, we were working on a different airline that was going to be based in Southern California, which was, unfortunately, also affected by the pandemic. From what we were witnessing happening across the world, I feel that we were adamant to make a move that would leave a positive impact. This is why, economically, taking on Ravn made the most sense. We could continue to support the employees from the previous business, while also encouraging more employment opportunities for others in the surrounding area,” he says. Aside from his candid nod towards having a servant heart, Rob explains that regardless of the tricky challenges and adjustments that awaited him, the breath-taking scenery of the outback is now a feature he has happily fallen in love with. “Ultimately, in light of the despair that as keeping people apart from each other, we wanted to serve people and their communities in a positive way, and now Alaska has become my home and I feel privileged to be surrounded by such a beautiful place and beautiful people.”

Although Rob has emphasized that the determination to better support the Alaskan community is essentially what fuelled Ravn’s momentum to get it off the ground, according to him, during the height of a pandemic in which travel restrictions were implemented, bringing an air travel business back to life proved to be one of his career’s greatest challenges. “The most unsettling part was that we did this over the phone and through Zoom meetings, because obviously meeting people face-to-face was prohibited. I came to Alaska prior to the auction with some due diligence, but I’d met maybe five or six people who were still working through the liquidation process, so that was the scariest part for me.

“A project of this magnitude is near impossible for one person to undergo alone, so I fully depended on the team to come together, and they 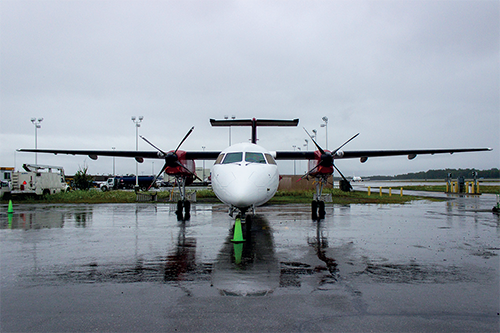 did! I was overwhelmed by how phenomenally they supported the ambition of the business, and I truly felt as though each one believed in the mission as much I did,” Robs states.

“I get invited to speak occasionally about this, and I feel more and more proud of what we actually achieved; raising money for a bankrupt airline in the middle of a pandemic is tricky to say the least. But we kept persevering, and we did it safely. Now that we’re a few months in, the Alaskan community has embraced this airline again, which has made the past year so rewarding,” he says. He continues to add that in addition to the welcomed enthusiasm from his new team, the staff who were brought on from the former business were equally as passionate about the future of the company’s success, making the transition process far easier for everyone involved. “They put their heart, souls, blood, sweat and tears into seeing Ravn come back to life, because they cared deeply about the job that they were doing, and I am grateful for them and their support,” expresses Rob.

Now, with a corporate headquarters and its main hangar located in Anchorage, where the majority of its aircraft maintenance takes place, the company serves 13 destinations across Alaska; an impressive increase in its radius from the previous ten. “Because I know how hard our team worked to get to where we are, feel that what really sets us apart from neighbouring airlines is that we work tremendously hard to look after our staff as well. One of the ways in which we do this is by taking overnight flights off our services. As a result of our central location in Anchorage, and the extensive daily service we provide, our staff can be with their families every night,” says Rob.

Having succeeded in safely putting Ravn Alaska back in the skies, Rob is now preparing to extend his map in a venture that he hopes will bring communities closer from a little further afield. “One of the ways that we tried to save the business was through Northern Pacific Airways. If we think about Iceland, for example, the country is ideally situated between Europe and North America, which makes it a great connection point. In the same vein, Anchorage is uniquely located between Asia and North America. So, we jumped straight into research for the potential traffic and the plausibility of laying down routes to connect those continents. Following this, we rolled up our sleeves and reached out to our investors, who absolutely supported the idea. Then it was about April of this year when we began to piece everything together and so far, the progress is going well. We have just become the owners of our very first Boeing 757, and although it is still undergoing intensive maintenance checks, we hope that by the summer of 2022, it will be ready to welcome aboard its first passengers,” he says.

With his sights set further ahead, Rob is keen to see the business thrive. As he gears up to ensure Ravn’s planes are thoroughly regulated and to industry standard, Rob looks forward to a future of continued growth for Alaskan air travel. “We are trying to move the process along in order to be secured, and ready for next year when Covid-19 will hopefully be behind us. Further down the line, our goal is to have the Northern Pacific division flying about 50 airplanes under its name, and serving multiple destinations in the US and further into Asia. At the same time, we’re also looking to finalize how we can pool together a team of pilots, and reach out to community colleges and smaller flight schools in order to encourage underprivileged and minority neighbourhoods to get into aviation. I feel quite strongly about this because opening up aviation as a possibility for these kids could contribute dramatically to the trajectory of their lives, and we want to facilitate those opportunities for them.”

There is no doubt that under its current leadership, the sky is the limit for Ravn Alaska. “We believe that we are serving our communities and their people. Above all, we believe that this new venture is going to be of great service to this State, and we’re excited about improving the quality of people’s lives in the region,” Rob concludes. Considering the extent of the journey that the business has undergone thus far, we look forward to catching up with Ravn Alaska in a few years from now to learn more of its continued success.