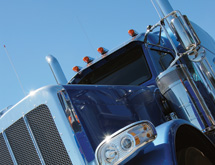 Broadening its offerings to provide more services to existing customers is just one of the strategies that enabled Roadrunner Transportation Services Inc. to expand its business 27 percent in 2012. Like its namesake, the company is putting the pedal to the metal in 2013 to continue its business expansion through organic growth and acquisitions as the U.S. economy improves.

“We have been the fastest-growing transportation company for the past three years,” President and CEO Mark DiBlasi asserts. The company offers LTL, truckload, logistics and TMS services.

“When I came to this company seven years ago, long-haul LTL was all we did,” DiBlasi remembers. “We were $300 million in revenue – now we’re close to $1.1 billion.” That growth has been organic as well as from 22 acquisitions since 2005 and taking the company public in May 2010.

“Those acquisitions have all either supported or complemented existing services we provide to our shipper base or brought new services that we can cross-sell,” DiBlasi continues. “We went from providing one service to multiple services and [have] grown each segment fairly significantly over the course of the last several years.”

DiBlasi estimates approximately 49 percent of the company’s business is truckload and logistics, 43 percent is LTL and the rest is TMS. Each segment is managed by a president who reports to DiBlasi. Most of this transport is accomplished by the company’s 3,100 independent contractors who drive their tractors exclusively for Roadrunner.

Approximately 5 percent of the company’s transportation is provided by company-owned tractors that have been part of acquisitions. “After we own them for a while, we transition to independent contractors,” DiBlasi says.

The size of the independent contractors’ companies varies from one-tractor, one-employee to large fleets. Managing them is different from managing employees, DiBlasi points out – they are managed by contracts. “There are contractual obligations to meet, certain goals for the customer,” he says. “As long as they do that, they are going to be an effective independent contractor. If they can’t meet their run times and satisfy the customer, then they don’t come stay with us.”

Roadrunner Transportation Services Inc. serves the United States, Canada and some of Mexico. “We maintain all the customer relationships and provide the work for the independent contractors; the independent contractors provide the equipment and the personnel to get the job done,” DiBlasi sums up. “It’s a very effective, motivated workforce, because the more work they do, the more money they can make.”

The company communicates with the independent contractors while they are on the road through cell phones. “We know where they’re at and when they’re expected to arrive based on transit and dispatch times,” DiBlasi declares.

Roadrunner Transportation Services Inc. obtains repeat business by offering a variety of shipping services. “We focus on small to midsize shippers who have been relatively neglected by a lot of the other transportation service providers,” DiBlasi reveals.

The company has approximately 35,000 customers nationwide. “That’s a very nice-size shipper base of small to midsized customers,” DiBlasi notes. “That’s the core of our business.” Roadrunner Transportation Services has 26 LTL, 20 intermodal and five freight consolidated terminals, and 75 agent and 15 company offices throughout the United States.

Roadrunner’s five nationwide warehouses enclose a total of approximately 2.7 million square feet. Some have automated sortation systems and others use voice-prompted picking systems. The company also has five freight consolidation and inventory management points in the United States.

DiBlasi praises the flexibility of his company’s exclusive use of independent contractors. “Our business model is almost 100 percent variable cost,” he declares. “During the downturn in 2008 and 2009, we were able to downsize very quickly. We didn’t have all kinds of assets depreciating against our books.”

For the future, DiBlasi sees strong and profitable growth. “We’re accelerating our growth and will continue to perform like we have over the last few years for the next several years,” he promises.