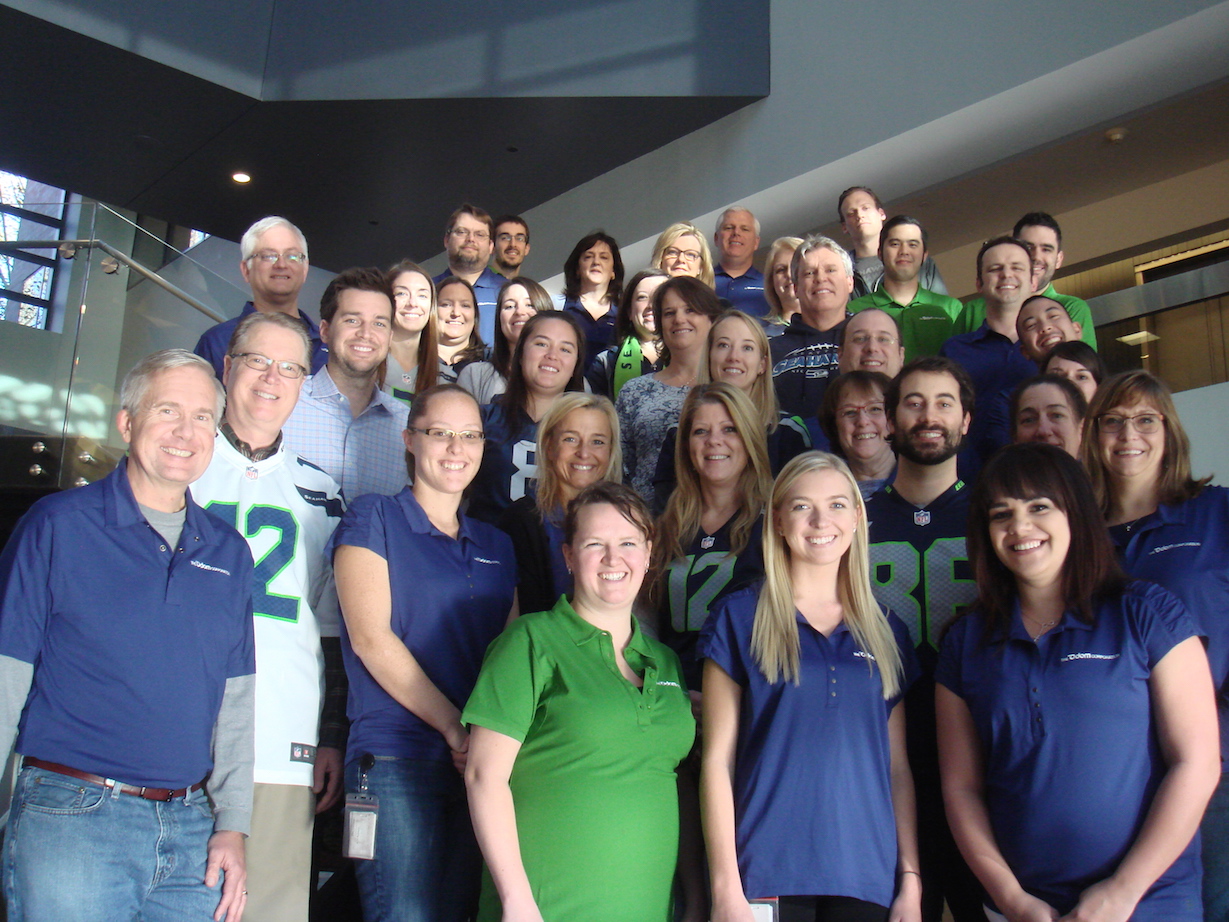 The Odom Corporation has proven its logistics chops in the wilds of Alaska, Washington, and Idaho; and it continues to lead the beverage distribution market.
By Chris Petersen

One of the truest measures of success is how a company works under adverse conditions, and for a wholesale beverage distributor conditions don’t get much more adverse than Alaska. The Odom Corporation was born in these conditions, and COO Adam Hilpert says it has been the company’s ability to adapt to those conditions and still provide top-notch service that has allowed the company to grow into one of the largest distributors in the Pacific Northwest. According to Hilpert, the experience and problem-solving skills the company has accrued over the last 80-plus years in serving Alaska have been crucial for its continued success.

“Alaska has a lot of complexity as it relates to logistics, and the Odom family has done a very good job of learning how to deal with those challenges,” Hilpert says. “ We’ve had to learn to deal with a combination of logistical challenges  that include transporting freight via truck, plane, and barge. We have some markets that are only accessible by air and sea, so it’s forced us to become proficient in understanding a broader array of logistic requirements.”

The company’s heritage reaches back to 1932, when traveling salesman Milt Odom arrived in Juneau, Alaska, looking to take advantage of one of the last untapped markets in North America. Odom came across a once-in-a-lifetime opportunity in 1937 when he met with the chairman of the board of Coca-Cola and acquired the Alaska franchise rights for one dollar. In time, Odom acquired the rights to several other popular beverage brands and began distributing them throughout the territory. By the 1950s, Odom’s company was canning Coca-Cola as well, eventually growing into the biggest supplier of canned beverages in Alaska.

In the 1970s, Odom reorganized the company into The Odom Corporation, and at that time its operations had expanded to include beer, wine and spirits, and its territory had grown to include markets in Washington state and Idaho. As the company continued to grow, it acquired other, smaller distributors to increase its footprint across the Pacific Northwest. The Odom Corporation is one of the largest privately held companies in the Northwest, with a network of sales offices and distribution centers in Alaska, Washington, Oregon and Idaho. Today, John, Bill and Jim Odom continue the legacy their father started over 80 years ago.

Hard-Earned Knowledge
Hilpert says the longevity of The Odom Corporation is one of its strongest advantages in the marketplace. Even though the company faces some strong competition in all of the markets it serves, The Odom Corporation succeeds because it has the understanding and experience to best serve customers throughout the Pacific Northwest. This is especially true in Alaska, where Hilpert says the company’s long-term experience in adapting to the constantly challenging weather and geography, has created a culture of employees who are capable and empowered problem-solvers.

Another significant advantage for the company is its network of facilities, which put The Odom Corporation in a prime position to serve the most customers with the greatest level of efficiency. Jerry Dexter, senior vice president of operations says the company already has a strong facility presence in key markets, but it always is looking for ways it can increase its capacity and improve its service to customers.

“We’re really focused on our facilities,” Dexter says. “Over the last two years, we’ve built two new warehouse distribution centers.” These buildings are located in Spokane, Wash.; and Hayden, Idaho, and measure about 200,000 square feet and 100,000 square feet, respectively. Dexter says these new facilities are part of the company’s strategic objective to bring all of its facilities up to a state-of-the-art level and increase efficiencies across the entire organization.

Another initiative along those lines that is in its very early stages is the implementation of more compressed natural gas (CNG) vehicles in the company’s fleet. Hilpert says the company is focusing on the Seattle market for this initiative for the time being, and already has converted two trucks to CNG in an effort to reduce emissions. By year’s end, Hilpert adds, The Odom Corporation aims to convert additional trucks in its fleet to CNG.

Dexter points out that while The Odom Corporation has a long history of success we continue to look at and incorporate new technology into our business. All of our company vehicles are equipped with cameras in the cabs. This encourages good driving habits from our drivers and reduces both the driver’s and the company’s risk of wrongful liability. The entire fleet is equipped with a GPS monitoring system that also sends real-time truck analytics. This system allows Odom to maximize productivity and enhance the efficiencies of the fleet.

Reacting and Adapting
Hilpert says The Odom Corporation is constantly working hard to anticipate and adapt to the latest trends in the beverage distribution space. One of the most important trends over the last several years has been the exponential growth of the craft beer market, which has been especially significant in the Pacific Northwest. The Odom Corporation has added many of the most popular craft beer brands to its portfolio over the years, and Hilpert says he expects this trend to continue in the near future.

In the near future, Hilpert says The Odom Corporation sees new opportunities on the horizon. No matter what shape the company takes in the future, The Odom Corporation will continue to abide by the principles that have made it a success for more than 80 years. “Our goal is a simple one – provide top-notch service to our customers and supplier partners, while fostering a work environment for the Odom Team members that is challenging and rewarding,” he says.