Back to Profile Gallery > The Belt Railway Company of Chicago

The Belt Railway Company of Chicago

The railroad to safety

At 140 years of age, The Belt Railway Company of Chicago is rising to the challenge of being America’s largest intermediate switching terminal railroad with enhancements to its operations and an impeccable safety record

The origins of the Belt stretch back to the late 1870s, when real estate promoter John B. Brown first recognized the need for a terminal railroad in the so-called ‘Windy City’. In 1882, Brown and his associates chartered the then-titled Chicago & Western Indiana Railroad, constructing a series of connecting railroads to form a ‘belt line’, thereby linking every major railroad in the city, and also serving the industries in the South Chicago and Calumet districts. 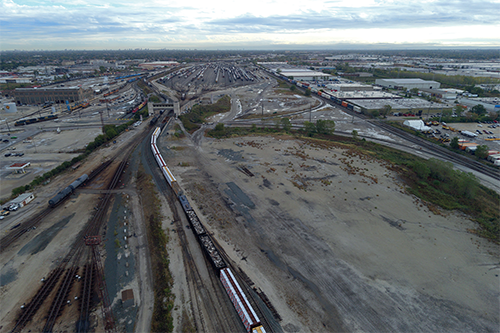 Today, the Belt is the largest intermediate switching terminal railroad in the US, with 28 miles of mainline route and more than 300 miles of switching tracks. “Chicago is a key juncture point within the American railroad system,” says Mike Grace, President of the Belt. “It’s the place where all railroads connect, and the Belt handles a significant percentage of that freight, moving it from one railroad to another.

“The Belt itself is owned by six Class I railroads,” he continues. “They bring their trains to the Belt, and then the core of what we do is sorting the railcars. Just as the function of the American Postal Service is to sort and distribute mail, so the focus of the Belt is on the sorting and reassembling of trains. Trains will arrive, they will be broken apart, classified and re-blocked into new trains for departure.”

The business model of the Belt is unique, and speaks to the commitment of its management to efficient and effective service delivery. “As a primary service-driven company, the Belt doesn’t look to make significant profits,” Mike explains. “Instead, its focus is on investing revenues back into its facilities, with the goal of delivering on its goal of connecting the major railroads. In 2021 alone, the Belt was able to move an impressive 2.6 million railroad cars, in part thanks to the hard work of its 415 employees.”

The Belt also offers unique industrial and intermodal facility development opportunities, including reasonable land value, taxes, and zoning requirements planned especially for markets seeking a neutral locale with competitive access. “There remains a lot of vacant property in the city of Chicago located on the Belt’s property,” Mike continues. “The advantage for those looking to purchase on the Belt’s railroad lines is that they’re able to capitalize on our critical position within the infrastructure for instant access to all the major railroads, meaning we can deliver the cars containing their products right across the United States with minimal complication.”

Recent years at the Belt have been characterized by a major continuous improvement initiative, with the goal of ensuring the company is consistently hauling more freight. As a result, 2021 saw a number of improvements aimed at boosting efficiency. Among these was the announcement, in October 2021, that the Belt had enlarged its wheel inventory capacity in its Martin Building’s west end by an impressive 17 feet. Following the process, executed within a single week, the enhanced wheel beds are capable of holding a total of 11 wheel sets each, enabling the Belt to keep more stock on hand and stay ahead of its needs.

“Over the last four years, the Belt has invested a total of $80 million into the property and facilities of the belt,” Mike says. “Running a railroad is a very capital-intensive business, and we’re working with a fleet of over 30 locomotives. The Martin Building is in essence a railroad repair shop, so it’s an important asset for us to maintain.

“We also recently engaged in improvement engineering around our railcar sorting,” Mike tells us. “As a result of that, we’ve increased the throughput and reduced the damage to the railcars. We achieved that by reengineering the track around our primary sorting facility, known as the hump. As it stands, what happens at the hump is that locomotives push cars up to be separated, before they’re allowed to roll down by gravity where they’ll be sorted into the relevant tracks. Unfortunately, many of those tracks are quite old and considerably worn out, partly as a result of topology changes and other inevitable factors. By installing new tracks, we’ve managed to resolve that.”

Communication has an important role to play within the Belt’s operations. It’s with this in mind that the company recently conducted work on an all-new Command Center. “The physical area that constitutes the Belt is spread over a distance of six miles,” Mike points out. “As a result, many of our staff were previously located across a range of distinct sites. The idea behind the Command Center was to bring all those key players and decision makers together into a single, state-of-the-art center.” 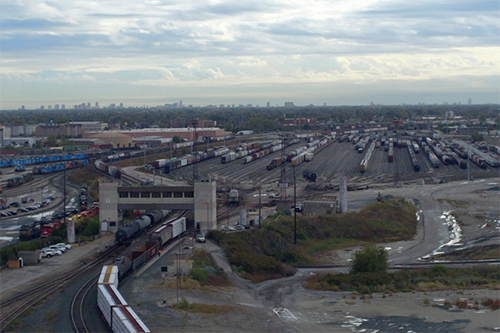 The Belt’s staff are already reaping the benefits of the new arrangement. “It’s enabled a greater number of personal interactions, facilitated more effective planning, and people are generally communicating more,” Mike reveals. “We finished that in October, and its dramatically enhanced the flow and fluidity of the Belt as a whole.”

The launch of the Belt’s Command Center represents a pivotal development within the company’s long-term strategy. Not all great ideas come from the top, however. “Our employees are very important to our success,” Mike notes. “They are well-trained, hardworking and dedicated, and many of the ideas for the improvements we’ve made across the Belt have come directly from them, with the alterations to our railcar sorting being just one example. When you want to make changes, we believe it makes most sense to go directly to the individual who is doing the work, in order to find out exactly what’s needed.”

The world of the railroad is not without its risks. The Belt prides itself on an excellent track record when it comes to employee safety, a fact that was underlined with its receipt, in 2021, of a Jake Safety Award. The awards celebrate members of the American Short Line and Regional Railroad Association (ASLRRA) who outperform the industry average reportable injury frequency rate. “In 2021 we achieved our lowest ever injury ratio, which is measured in terms of the number of injuries per 200,000 hours of manpower,” Mike says. “We achieved a rate of 0.97, which is the first time we’ve ever been below 1.0.”

The Belt’s success was further confirmed in Fall 2021, when its transportation department employees celebrated a total of 600 days without an accident. For Mike, one of the secrets to the company’s success has been the introduction of what it terms ‘After Action Reviews’. “When something doesn’t go as planned, we conduct a review of what’s happened with the individual involved and try to establish what went wrong,” Mike outlines. “Accidents aren’t intentional, but the saying we live by is to ’be better tomorrow than you are today’. The After Action Reviews have been very beneficial, and although they’re not the only thing we’ve done to improve safety, they’re certainly one of the most significant.”

But safety is about far more than winning awards. The Belt is involved with a number of projects and initiatives to increase awareness about education, and give back to the local community. “We have an employee safety committee, who last year trained firemen from the Chicago Fire Department in a hazardous material and emergency response training session,” Mike says. “As part of that, they were trained in how to respond to a fire should one occur within the Belt, such as how to apply emergency shutoffs on locomotives and identifying the contents of the tank cars. We trained over 300 firemen through that program last year. Thankfully, we’ve not had any fires yet – it’s the training you hope you’ll never have to use.

“Our management team also participated in a Habitat for Humanity day, where they all came together to construct homes on Chicago’s south side,” Mike adds. “Using saws, hammers and nails, they were able to create physical buildings that will provide homes for members of the community. Alternatively, we’ve also made investments in backpacks for kids in a local school. In general, the concept is to continue to find opportunities to give back to the communities in the areas where our trains operate.”

In the years ahead, the Belt is expecting a shift in focus, with a growing emphasis on the adoption of new and innovative technology. “Our physical infrastructure is in good shape,” Mike concludes. “Instead, there are a lot of opportunities starting to emerge in terms of technology, such as AI machine vision software, one function of which is to inspect railcars as they roll by, looking for cracks in the wheels, or alternatively for a system to inspect the condition of the rails.

“These are tasks that are currently performed manually, and many of them are severely time-consuming,” he goes on. “Some of those solutions are already in use elsewhere, but the majority are currently in the development and testing phase. In the next five years or so, we’re expecting a lot more to come through.”

The Belt Railway Company of Chicago