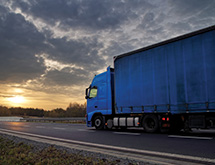 Since the enactment of the Fair Labor Standards Act (FLSA) in 1938, the Department of Labor (DOL) and plaintiffs’ attorneys across the country have targeted employers who fail to strictly adhere to the FLSA’s requirement that employees be paid minimum wage and overtime. However, trucking companies have not been a major target for either the DOL or plaintiffs’ attorneys.

Perhaps the primary reason trucking companies have avoided DOL’s and the plaintiffs’ bar’s scrutiny is that the FLSA specifically exempts over-the-road trucking companies from paying overtime to certain truck drivers. To be exempt from overtime, drivers must be employed by a motor carrier or motor private carrier, their duties affect the safety of operation of motor vehicles in transportation on public highways, and the driver is not subject to the small vehicle exception (which generally applies to vehicles weighing less than 10,000 pounds). Because this overtime exclusion significantly lowers the potential pool of damages a plaintiff may recover in an FLSA lawsuit, it has, in turn, discouraged most plaintiffs’ attorneys from investigating and bringing FLSA suits against trucking companies.

Recently, however, some plaintiffs’ attorneys have been scrutinizing the mileage-based pay system many trucking companies use to pay truck drivers. Mileage-based pay systems are popular among long-haul, over-the-road trucking companies because it allows drivers to be paid under a “piece-rate” compensation system rather than on an hourly basis. Piece-rate compensation plans are perfectly legal so long as the rate of pay is high enough to ensure that the employee is paid at least minimum wage for all hours worked and overtime (if applicable).

Attorneys scrutinizing mileage-based pay systems are not challenging whether such pay systems are legal. Instead, these attorneys are alleging that trucking companies are not doing enough to ensure that drivers who are paid per mile driven comply with minimum wage requirements. Some plaintiffs’ attorneys have even gone so far as to argue that time spent in the sleeper berth should be considered compensable time.

In Petrone v. Werner Enterprises, Inc., a federal district court in Nebraska found that the time drivers spend in the sleeper berth is partially compensable. The court analyzed federal minimum wage regulations and found that time spent in the sleeper berth is partially compensable for long-haul, over-the-road drivers who are on tours of duty for 24 hours or more. The court found that trucking companies could exclude bona fide sleeping periods when adequate sleeping facilities are provided. However, federal regulations limit bona fide sleeping periods to eight hours per 24-hour period. Thus, the court held that any time spent in the sleeper berth over eight hours was compensable. The United States Court of Appeals for the Eighth Circuit denied Werner’s request for an immediate appeal of this decision. Accordingly, this case is likely a long way away from a final resolution of this issue.

Several other courts throughout the country currently have similar cases pending, so over the next couple of years courts may reach a consensus or the Supreme Court may even rule on the issue. Either way, it is unlikely that the issue of whether sleeper berth time is compensable will be resolved any time soon. In the interim, trucking companies should closely analyze their own pay systems. Every company’s pay practices are unique, so trucking companies should strongly consider having counsel with experience in FLSA matters analyze their pay practices for potential issues. Below are four quick tips for addressing common problems with FLSA compliance.

Maintain Accurate Time Records for a Minimum of Three Years – FLSA regulations require employers to maintain detailed time records for each employee. The U.S. Department of Transportation (DOT) already requires truck drivers to record the time they spend driving, on duty/not driving, off duty, and in the sleeper berth. The DOT, however, only requires trucking companies to maintain these records for six months. If trucking companies intend to rely on driver logs as their official record of hours worked for their truck drivers, than these records should be preserved for a minimum of three years.

Make Sure Drivers are Compensated for Short Rest Breaks – Again, the Petrone case is instructive. In addition to the sleeper berth issues, plaintiffs alleged that they were not adequately compensated for short rest breaks. Under the FLSA, rest breaks of 20 minutes or less are compensable. While the court in Petrone recognized that Werner’s break policy complied with the FLSA, in practice drivers were logging short rest breaks as off duty.

Accordingly, the court found that Werner was in violation of the FLSA, even though it did not have notice of the violation. To ensure compliance with the FLSA, trucking companies should find a way to record and compensate drivers for short rest breaks that are less than 20 minutes.

The FLSA is a multifaceted law, and many states have their own wage and hour laws that are more stringent. As trucking companies are increasingly becoming a target for plaintiffs’ attorneys, they should take every necessary step in order to preemptively ensure that their pay systems are FLSA-complaint. There is no one single compensation system that will be effective for every trucking company. What works for one company rarely works for another. What successful plans all have in common is that the company has conducted an extensive internal FLSA audit and addressed any areas that may implicate their compliance.