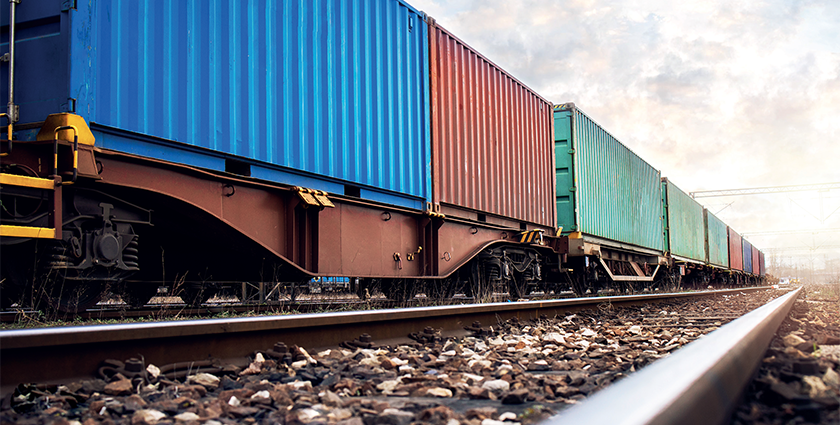 The UK’s Rail Reform White Paper (AKA Williams-Shapps Plan) included a welcome ambition to increase the amount of freight carried by rail in the UK and underpin this by setting a growth target.

The first question that springs to mind is why set a target? The White Paper recognizes that to get more freight on rail requires behavioral change – Rail Freight Group strongly supports this view and believes this change needs to be embedded in every route and region as well as within the governance of Great British Railways.

On 5th July, the Great British Railways Transition Team (GBRTT) launched their document Rail Freight Growth Target – A call for evidence on designing and delivering rail freight growth target options for the rail network. Although we have given evidence to previous forward-looking consultations, such as the Whole Industry Strategic Plan (WISP), in January this year, this latest evidence gathering demonstrates that our messages in previous consultations have become embedded in mainstream thinking and that rail is seen as a desirable mode for moving freight. It is accepted for example, that rail has only a quarter of the carbon footprint per unit load compared with road transport, suggesting that carbon escapement will be challenging for road, and that one train can do the work of 76 lorries, which suggests our messaging around congestion and road maintenance has been well received.

Evidence from users and potential users of the railway
The call for evidence is in two parts. Before constructing a target mechanism, GBRTT is keen to know more about what drives the market for rail freight. It wants to hear evidence from existing users but also from those who do not currently use rail to identify some of the barriers, whether real or perceived, that might frustrate further modal shift to rail. There are 17 questions grouped under four headings: – Understanding your views on the rail industry; Understanding current and future demand; Understanding the opportunities and challenges to rail freight growth and Understanding your priorities and future engagement. These seek to identify everything from attitudes to decarbonization, why customers choose their current mode of delivery (cost, journey time, reliability, flexibility)?, have they tried using rail previously?, over what distances do they typically send freight consignments? What are the opportunities for growth over the next five, ten or 30 years?

What target should we set?
The second part deals with measuring growth. What should be the preferred metric for judging success or otherwise? And discusses several possible measures in turn:

Value of freight £x; not a measure used currently and one which might be difficult to measure, particularly as it tends to become eroded with inflation! Nonetheless it might help to justify investment.

Lorry movements avoided; This would require accurate measurement of lorry miles over addressable distances to fully understand, though measuring rail freight could be used as a proxy. This is one of the measurements informally applied in Scotland.

Carbon tonnes saved; This could be derived from the above measure but may become less reliable the greater the use of alternative fuels by competing modes.

Net tonne kilometers; The standard metric used currently as it measures work done. Any increase in this metric would still need to understand if it was because of new traffic from road or as a product of cyclical economic changes. Tonnes (of freight lifted); although distance agnostic, it might not capture growth. More aggregate trains and fewer intermodal trains would increase this value without necessarily achieving modal shift.

Freight distance in kilometers; the mirror of the above which may under-record a reduction in aggregates if intermodal traffic grows.

Trains per annum; This would be good to measure new flows but might add the perverse incentive to run trains empty (as if we could afford to do that!)

Although the CFE asks us to choose a metric, the only way we can really understand growth is to apply a blend of measures and use them as Key Performance Indicators (KPIs). But what should the target be? Should it simply follow industry unconstrained forecasts or should targets be stretching? There have been calls for rail freight to treble by 2050, requiring a compound annual growth rate of four percent. Should there be intermediate targets set? To achieve a three-fold increase requires 26 percent more freight to be carried by the end of every periodic review compared with the last.

Whose target is it anyway?
Which brings us to another problem, that of capacity and the actions needed to support growth. GBRTT cannot be allowed to set targets for others to fail. The rail freight industry relies on private investment in locomotives and wagons. Many more of both will be needed if we are to get anywhere near a three-fold increase. With two to three years lead times for delivery, this investment will only be forthcoming if there is guaranteed investment in the infrastructure. Investing to hit a target is not just about buying more arrows, someone needs to improve the bow!

The CFE asks us to identify growth opportunities over the first five years, five to ten years and ten to 30 years and what investment might be needed to support them. At the same time, it makes clear that at least in the short term (zero to five years) money for investment will be tight and any proposals for enhancement must demonstrate value for money. This already sets alarm bells ringing as constraints in the network, such as at Ely, are already suppressing growth.

There are examples of more modest, freight-friendly investments including lengthening loops to allow longer trains, strengthening bridges to allow heavier axle weights, raising bridges (or lowering track beneath them) to increase the loading gauge. These could be achieved in the short-term.

Longer term we need to see investment in network enhancements and a rolling programme of electrification. Not only will this further reduce the carbon footprint, but also speed up freight services which brings several benefits. It reduces the time lost in ‘loops’, as it becomes easier to integrate with the passenger timetable, it offers more competitive end-to-end journey times, and it makes more efficient use of wagons and locomotives. A train that can complete its journey in a single shift is cheaper than one requiring two.

Growing rail freight must be a partnership between the state and the private sector, and the state must be set investment targets too. Our members are ready to play their part, but not to become targets for blame if we fail.

Phil Smart is Assistant Policy Manager at The Rail Freight Group (RFG). The Rail Freight Group (RFG) has been the UK’s leading rail freight trade association since its formation in 1990. It has more than 120 corporate members active in all sectors of rail freight from ports, terminal operators, customers, through to operators and suppliers. RFG’s aim is to grow the volume of goods moved by rail, delivering environment and economic benefits for the UK. RFG works hard for the interests of its members representing their views and providing a wide range of advice and information.
www.rfg.org.uk