Skip to content
You are here:Home » Harboring at the EU’s doorstep
Features 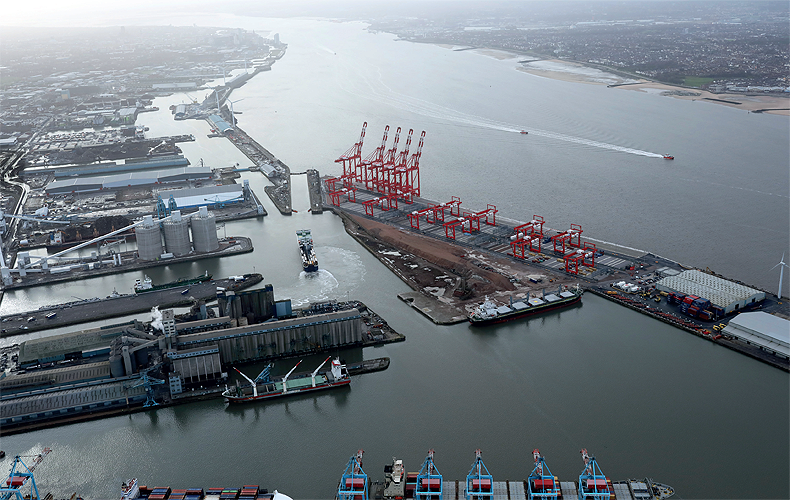 Freeports benefit companies since they provide for tax leverage since goods arriving from overseas only pay tariffs once they leave the freeport and enter the United Kingdom (UK) customs area. There are more than 3500 freeports worldwide and the UK had seven freeports until 2012. However, there are no more except from the one located in the Isle of Man. As of 6 April 2020, there around 80 ‘free zones’ in the European Union (EU), according to the European Commission.

Rishi Sunak, the incumbent Chancellor of the Exchequer, already floated the idea of recovering freeports in ‘The Free Ports Opportunity’ report of November 2016, praising the opportunities in terms of job creation and economic growth that freeports would entail for the north of England. Prof. Jason Chuah, Professor of Commercial and Maritime Law at the City Law School, University of London, considers that UK’s membership of the EU, as part of the customs union, constrained its capacity to set its own trade and customs policy and prevented any deviations from the EU State aid rules.

UK’s freeports will be exempted from limitations to import, process, and export goods. For instance, raw materials can be imported at a zero tariff, and then be processed, re-engineered, or manufactured, boosting the UK job market, national production, and favoring the ‘just-in-time’ inventory strategy for the supply of goods. This means that companies, and Small and Medium-sized Enterprises (SMEs) in 26particular, can expect to increase their cash flow since they can choose to defer the entry of goods located in freeports into the UK customs area for several months. Goods could be processed or re-engineered whenever businesses require it.

Final prices can be cheaper for processed goods entering the UK compared to raw materials. Another competitive advantage is that the UK is freed from the EU’s expensive inward relief system to import goods into freeports, too burdensome to obtain financial guarantees for most SMEs. These advantages will be coupled by the recently announced tax breaks, allowing companies to pay reduced taxes on their new or existing property. Moreover, the Government has announced a reduced National Insurance system for new employees from April 2022 in the Queen’s Speech of 11 May 2021.

According to the March 2021 Budget for England, there will be eight new freeports located in East Midlands Airport, Felixstowe and Harwich, Humber region, Liverpool City Region, Plymouth, Solent, Thames, and Teesside. Wales, Scotland with its ‘Green Ports’, and Northern Ireland will set their own freeport policies. However, the latter will need to follow EU subsidy rules according to the Northern Ireland Protocol of the EU-UK Withdrawal Agreement. Other subsidy controls are carried out either by the new UK Antitrust Authority to be set up, under World Trade Organization’s (WTO) rules; and any “subsidy control provisions” negotiated under any FTAs (e.g., the EU-UK Trade and Cooperation Agreement; TCA).

The Labour party has accused the British Government of acting against British businesses’ interest by not removing “duty exemption” prohibitions from Free Trade Agreements (FTAs) that the UK has signed with other countries. Companies would no longer enjoy reduced tariffs on exports if import duties have not been paid. Nevertheless, the Government has reassured that businesses may be able to choose between a refund of import duties when re-exporting goods or being subject to preferential rates under any FTA.

There are signs not be excessively optimistic about freeports in the UK. First, the European Parliament advocates for abolishing freeports, accused of fostering tax evasion, money laundering, and other illegal activities. The EU-UK TCA does not include tax matters in the dispute settlement mechanism. However, the Parties shall observe broad principles that may have a “material effect” on trade and investment (TCA, Part 2, Title XI, Chapter 3; see also the Joint Declaration on subsidy control policies regarding ports) and agreed to follow international standards to avoid tax evasion, such as the Base erosion and profit shifting (BEPS) initiatives of the Organisation for Economic Co-operation and Development (OECD).

Second, failing to act under the scope of the TCA, the EU would need to resort on the disadvantageous WTO Agreement on Subsidies and Countervailing Measures (SCM) to denounce foreign non-EU subsidies received by companies doing business in the EU since it lacks an appropriate legal framework to target foreign State aid, generally prohibited under EU law (Articles 101 and 102 of the Treaty on the Functioning of the EU). WTO rules do not include services, are applicable in a reactive and not prospective manner, are enforceable and actionable between States, and do not oblige companies to repay illegal State aid.

WTO’s regime distinguishes between prohibited subsidies distorting international trade (e.g., replacing domestic goods for imported ones or setting export targets) that can be challenged under the fast WTO Dispute Settlement Procedure, and the allowed “actionable” subsidies that can be challenged at the Dispute Settlement Body to end their adverse effects. If the latter continue negatively affecting other countries’ interests, a “countervailing duty” (i.e., taxing imports of the subsidized goods) can be unilaterally imposed by the affected country.

Third, the European Commission’s White Paper of 17 June 2020 [COM (2020)] on a level playing field for foreign subsidies aims to protect businesses in the EU from unfair competition. The White Paper did not directly target the post-Brexit UK and was generally focused on avoiding distortion in the EU’s internal market. Freeports would fall under Module 1 (foreign subsidies granted to companies doing business in the EU) subject to remedial measures that include behavioral or structural remedies or redressive payments to Member States or the EU. However, in a recent paper Prof. Philippe Corruble argues that the European Commission’s scope on the applicable measures to non-EU registered companies seem to be unclear.

Could the UK benefit from its traditionally cherished seaborne trade at the EU’s doorstep? A ‘Singapore on Thames’ does not seem to be the right option if businesses are allowed to dump competition rules. On one hand, Rishi Sunak’s original proposal seems to be on the safe side of WTO’s SCM regime, in contrast with the EU’s more restrictive State aid mechanism. On the other hand, fair rules on competition, i.e., the “level playing field” rules on subsidies under the TCA must be respected since non-justified subsidies could be challenged. v

Dr Jonatan Echebarria Fernández is Lecturer in Law, Academic Visitor Programme Director at The City Law School, City, University of London. Located in the heart of legal London, The City Law School is the first law school in London to educate students and practitioners at all stages of legal education.