Back to Features > Crucial Partnerships 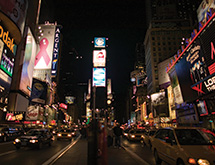 America is a transportation nation. Infrastructure is the foundation that connects businesses, communities, and people, driving our economy and our quality of life. Investments in infrastructure are essential to support healthy, vibrant communities and are critical to economic growth, employment, and global competiveness. America’s transportation infrastructure, therefore, is key to binding us together as a nation. As President Dwight Eisenhower observed, without the unifying force of transportation, “we would be a mere alliance of many separate parts.”

Our transportation infrastructure is one of our most critical national assets. However, we are a nation at a crossroads. Today, our infrastructure systems are failing to keep pace with current and expanding needs, investment in infrastructure is faltering, and nearly half of all Americans lack access to transit services.

Statistics on the current state of our transportation infrastructure are staggering. The American Society of Civil Engineers’ Report Card gives America’s infrastructure a cumulative grade of D+. Over the past 20 years, total federal, state and local investment in transportation has fallen steadily as a share of GDP – while population, congestion, and maintenance backlogs have increased. Among industrialized countries, the United States lags behind our overseas competitors in transportation infrastructure investment. According to the World Economic Forum, the United States has fallen from 7th to 18th in overall quality of roads in the past decade. Nearly two-thirds of America’s major roads are rated in less than good condition, while one in four bridges require significant repair or cannot handle today’s traffic. In addition, the average age of all federally owned or operated waterway navigation locks is nearly 60 years, well past their planned design life, and almost half of all locks maintained by the Army Corps of Engineers are classified as functionally obsolete.

A deficient transportation infrastructure substantially impacts our economy. Each year, we spend 5.5 billion extra hours in travel time due to traffic congestion, costing families $120 billion in fuel and lost time and our businesses $27 billion in extra freight transportation costs. Our nation’s aging aviation infrastructure is also at a tipping point. Federal funding streams are failing to keep pace with capacity and modernization needs. In order for our aviation system to efficiently accommodate forecasted growth in passenger and cargo demand and to remain globally competitive, airport capital development projects will need to be funded and accelerated. Without additional system capacity, the Federal Aviation Administration anticipates the cost of congestion and delays to the economy will rise from $34 billion in 2020 to $63 billion by 2040.

America’s founders fully understood the importance of infrastructure. Early in our nation’s history, impediments that limited trade, commerce, navigation, and transportation demonstrated the inherent weaknesses and failures of the Articles of Confederation.

Notably, one of the primary events that led to our constitutional convention was a longstanding dispute between Maryland and Virginia regarding navigation rights on the Potomac River, which prohibited the nation from ensuring a coordinated system of canals and portage roads across the Allegheny Mountains.

Our founders wisely remedied the failures of the Articles of Confederation by clearly tasking the national government with facilitating the free flow of commerce through our nation. America’s commitment to transportation was written into the Constitution by directing Congress, in Article I, Section 8, to establish post roads and to regulate commerce among the states, thus beginning a centuries-long national emphasis on improving and expanding interstate commerce. As a result, the foundation was established for connecting the country through trade and travel, recognizing the critical role of an efficient, robust infrastructure network.

Since that time, there has been a clear and consistent national interest in developing, maintaining, and supporting the vital transportation infrastructure that connects American consumers, manufacturers, and farmers to domestic and global markets. Investments by previous generations have been instrumental in making America the economic superpower we are today and in creating the transportation networks that touch the lives of all Americans each and every day.

Among the very first acts of the first Congress was the authorization of the construction of navigation improvements, such as lighthouses, at the new nation’s harbors. Later, the National Road, America’s first federally funded interstate highway, opened the nation to the west and became a corridor for goods and people.

Our nation’s industrialization both prompted and depended upon improvements in transportation. In addition to the National Road, the invention of the steamship, construction of thousands of miles of canals, and expansions in railroad capacity opened markets for goods and made possible the rapid development of our industrial infrastructure.

Living in the Past

The completion of the transcontinental railroad helped usher in the “Gilded Age” and created the first national market, facilitating increased mass production and exponentially stimulating industry, while greatly impacting American society through immigration and urbanization. Construction of the Panama Canal facilitated increased shipping between the east and west coasts, dramatically cut transportation costs, and further strengthened and linked our growing nation. Sometimes referred to as the greatest public works project in history, our interstate highway system helped to power unprecedented growth and prosperity. The Panama Canal played a key role in positioning the United States as the world’s preeminent economic power.

We cannot afford to continue to rely on the investments and wise decisions of previous generations of Americans. If we continue to fail to properly maintain and improve our infrastructure, its continued deterioration will have repercussions throughout our economy and our society.

As it has been for generations, leadership from Washington will be critical to our future success. The recent water infrastructure legislation signed into law last June – the Water Resources Reform and Development Act of 2014 – has begun to lay the groundwork for the type of policy reforms and investments needed for at least one segment of our transportation system. Continuing this progress is essential as Congress debates legislation regarding surface transportation, passenger rail and aviation.

It is imperative that our transportation policies and regulatory frameworks keep pace with the times. Policymakers must do more to better integrate public-private partnerships into their solution sets for infrastructure financing and project acceleration. Ensuring a sound infrastructure network is a shared responsibility, and private capital from long-term investors could provide as much as $2.5 trillion for infrastructure globally by 2030. Well-conceived public-private partnerships can deliver much needed benefits to the public, while providing opportunities for private investors.

The consequences for our economy and our communities will be severe if we do not take action. While competitor nations continue to invest in infrastructure, the United States is stuck in a decade-long period of decline in overall infrastructure capital spending that is harming job creation, productivity, and will eventually impact our global competitiveness. We must not squander the opportunity while we still have time and must work together to advocate for solutions.