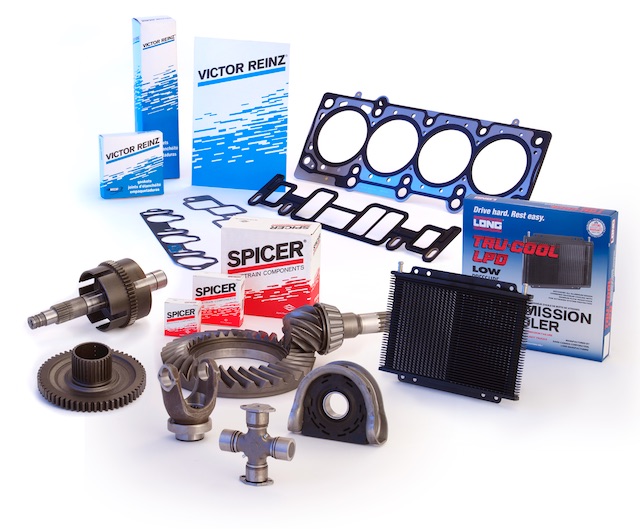 By the Editors of Transportation & Logistics International

Like many suppliers, Dana Inc. a few years ago found itself struggling with high costs related to its inventory levels. The Maumee, Ohio-based company’s air and ocean freight costs were on the rise because of it either carrying too much, or too little, inventory on its parts. This frequently led Dana to request expedited shipments of inbound freight to cover its inventory shortages. 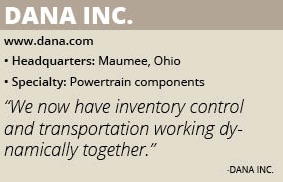 Dana also found itself having to manage more than 50 legacy enterprise resource planning (ERP) systems used by its manufacturing plants, warehouses and other locations around the world.

Founded in 1904, the Maumee, Ohio-based company is a globally leading supplier of powertrain components such as drive axles, steer axles and drive shafts. In addition, Dana manufactures sealing and thermal management technologies that improve the fuel efficiency of both vehicles running on conventional and alternative fuels. The company serves OEMs in the passenger vehicle, commercial truck and off-highway markets.

“We chose One Network’s cloud platform because it could rapidly scale across our business and trading partners and synchronize multiple technology systems and processes, while helping us identify and execute on cost-saving opportunities,” Dana says.

The Intelligent Supply solution provides the company with a demand management and forecasting feed derived from its multiple ERP and creates daily order forecasts. The system also provides Dana with real-time information regarding its customers’ requirements and its suppliers’ material availability.

“[The solution] sees orders come into the supplier and can help us determine the optimal way to stock a trailer,” the company says. “We now have inventory control and transportation working dynamically together, which is the opposite of what happened before [One Network].”

The One Network platform also enables the company to collaborate with all of its suppliers instantaneously, plan order replenishment and manage intercontinental shipments. Dana has the ability to see and influence its demand, supply and service levels across its supply chain. This includes visibility to international shipments as well as into warehouses and factories. The company onboarded hundreds of its suppliers to the new system in a matter of weeks, One Network says.

The company saw positive results from the system almost immediately. Although the company targeted an overall 10 percent inventory reduction, using One Network actually reduced its overall inventory by 31 percent. Inventory levels on select parts were reduced by as much as 68 percent, the company notes.

Other benefits the company realized from the One Network platform include:

• An improvement in on-time delivery;

• The synchronization of multiple ERP systems into one;

• Increased visibility across its entire network, including thousands of products, dozens of plants and hundreds of suppliers;

• Reduced levels of supply/demand variability; and

Dana’s suppliers also benefit from the system because they now have daily visibility into demand and can collaborate with the company faster and easier.

The company is looking to expand its use of the One Network platform to other parts of its operation. Dana is nearing the end of a 90-day trial of the system with Penske Logistics, which manages Dana’s inbound freight program in North America.

Dana hopes to implement the platform on a permanent basis with Penske, which manages 13,000 to 13,500 shipments a month on Dana’s behalf. One Network would replace Penske’s existing IT infrastructure. “Penske asked to be our partner as we move to the One Network solution, and will be using the solution on our behalf,” Dana says.

Dana also implemented One Network’s third-party logistics tool at a major supplier that was recently outsourced from a domestic company to one located overseas. The 3PL tool gives the company visibility into offshore warehouses as well as shipments in-transit. “This allows us to see the balance of the inventory that we have in those warehouses so we can see what they’re holding for us, as well as anything that’s on the water heading to a U.S. warehouse,” the company adds.

Dana’s success with the One Network solution has earned it the interest of many of its peers. “This is the most cutting-edge system that I’ve seen in logistics,” it says. “We’re doing two or three reference calls a month with people who are interested in what we’re doing with One Network.”