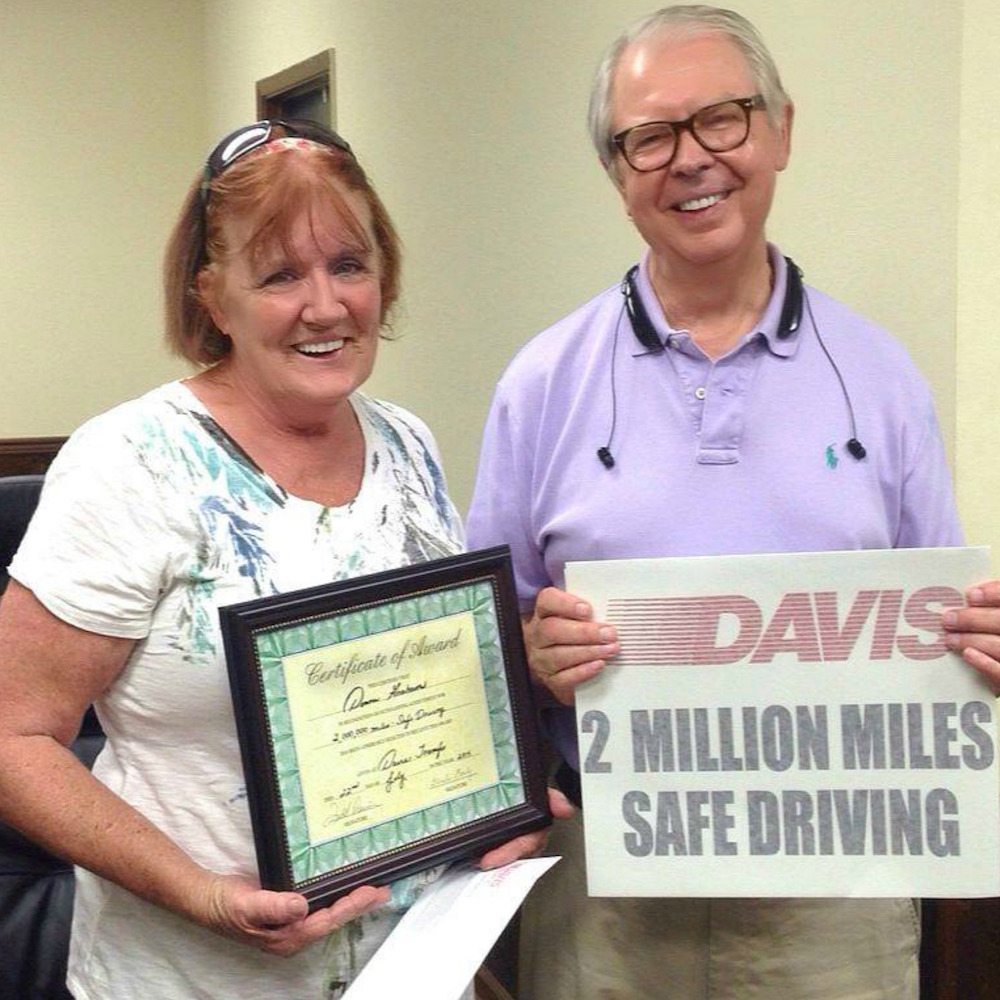 Davis Transfer’s investments in safety have brought benefits throughout the company.

Davis Transfer Co. Inc. always provides its top level of service to customers, Director of Safety Brittany Britt says. “That includes working with the best drivers, making sure we get our freight delivered on time, and getting everything there safely,” she says.

She credits Davis Transfer’s success to its people- drivers, maintenance personnel, and office personnel. “Everyone goes above and beyond the call of duty to make sure we’re growing every day.”

One of the key elements to ensuring its success is assigning a permanent dispatcher to each driver. “Every dispatcher has a chance to create relationships with the driver,” she says.

“People are going to get to know you, meet your kids and your family,” she says. “That has made an impression on how our culture has developed.”

Safe and Sound
Britt joined Davis Transfer nearly three years ago and took her role as director of safety last December. “We pride ourselves on working with new technology and adapting to the industry to keep our drivers and everyone on the road safe,” she says. “I feel we set a precedent with the programs we’re developing.”

These include lesson plans for drivers. If Davis Transfer notices that a driver could be coached in an area to better himself or herself, “We’re able to bring that person into a classroom-type environment and help them break the habit. This includes additional training on safe lane changes, following distance, etc. It’s all customized based on the individual and their needs,” she says.

Davis Transfer also invested in new technologies, including products from SmartDrive Systems Inc., which promotes safety through its vehicle data and video event recording technology. The company utilizes OnGuard front-end sensors “that tell drivers when they’re getting too close to another vehicle,” Britt says.

“Because we’re doing all these things, our turnover is lower and the overall culture of the company is in a better state,” she says. “Our customers want to see that their freight is going to be delivered safely, and our employees want to know that we care about them.”

Giving Recognition
Britt is proud of Davis Transfer’s team. “We’ve got a really great group of drivers,” she says, noting that the company has a driver turnover rate of 48 percent. “Most [companies] are looking at 70-100 percent.”

“We’re doing even more to recognize our drivers inside the company,” she adds. “Our drivers deserve as much recognition as we can get them.”

Getting Even Better
Britt predicts continued growth for Davis Transfer, particularly in her safety department. “I continue to see us working with new technology and growing into a safer company,” she says.

Of course, the company already has made significant progress. “We recently received safety recognition awards from BB&T and Great West for achieving outstanding safety performance in 2015,” she says, noting that Davis Transfer has substantially lowered its accident rate and costs.

“My team is also working on streamlining our onboarding process and creating online lesson plans to make additional training mobile. Our drivers have resources at their fingertips so they’re able to go through the course at their pace,” Britt says. “[We’re also] creating more paperless solutions to make our data easily accessible while still maintaining compliance.”