Back to Features > Decision Makers 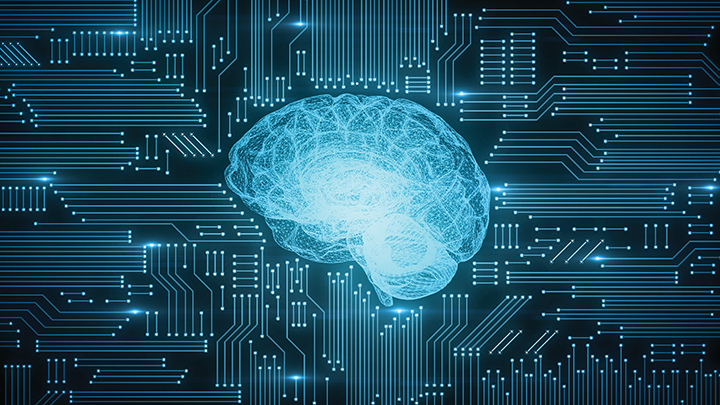 The use of AI and social media can help your company gain a competitive advantage within the marketplace.

It should come as no surprise that, given the importance of social media as a subset of Big Data, companies are starting to rely heavily on Artificial Intelligence (AI) as a way to make meaningful decisions based on this increasingly essential data set.

This is because social media is not merely documenting the world around us, it is driving the world around us. Views are exchanged, announcements are made and breaking events are relayed as quickly as an individual can tap their finger. It is, for lack of a better phrase, the pulse of modern life. And while the value of social media is clear, how to extract the worthwhile information from a sea of extraneous details is not. AI is the clearest solution, as it, when coupled with machine learning, has the capacity to derive real time information on a granular level, and this information can aid the logistics and supply chain professional. In this way, Big Data can be leveraged to gain a competitive advantage in the marketplace.

On the Forefront of Change

Social media moves at the speed of the world, meaning that, as soon as information becomes available, it is posted. When people witness an event, they frequently turn to social media to discuss it before taking any other action. But, given the ubiquity of social media, its use as a key data set is shockingly low. In fact, a recent survey conducted by Dataminr and ASIS looked at corporate security and supply chain professionals at companies of all sizes. The results revealed that only 10 percent of respondents reported using social media information to help inform their supply chain and logistics operations.

However, when properly used, social media can have profound implications for supply chain resources. One such example took place in Baumgarten, Austria, in December 2017. While at work, Wolfgang Weinkum, a director at the Pall Corporation, caught a glimpse of a large fire of 100 kilometers away. Weinkum immediately took a photo of this and posted it to his Twitter feed, wondering if this was the result of an explosion on the OMV gas pipeline. Turns out Weinkum was correct; this explosion rocked Austria’s main gas pipeline, killing one person and injuring 21 others. Furthermore, the explosion hampered the area’s energy infrastructure, forcing Italy’s Industry Minister to declare a state of emergency and catapulting day-ahead gas pricing over 215 percent, the highest ever for the Italian market. Similarly, OMV stock experienced a massive selloff on the Austrian exchange. A real time understanding of an event like this would have allowed a company to identify a potential resource shortage and begin sourcing from another supplier before there was a spike in demand and price.

This illustrates the value of social media as a data set. Whereas traditional media outlets take time to research and write a story, social media operates in real time, offering the quickest understanding of breaking events.

Another example can be found in Hamburg, Germany, where in December 2017, an industrial plant leaked toxic chemicals, forcing a large-scale cleanup effort that closed major roadways for hours and caused massive traffic congestion throughout the region. For such an important industrial and port city, this event had a profound impact on the logistical efforts of many companies. And though it was eventually covered by the press, only German-language outlets published stories and, even then, the incident was not reported until after it occurred. However, social media picked up the incident in real time, allowing those who utilize the source to revise their logistical operations and minimize disruptions.

Given the importance of social media as a data set, the question becomes “how does one harness it?” The answer to this is AI and machine learning. Through recent advancements in both fields, it is now possible to filter through this infinite volume of data and derive meaningful information at a granular level. And because social media is corroborative, algorithms can detect patterns, which illustrates how certain events, while seemingly disparate due to size or geography, are actually related.

For supply chain and logistics professionals, the advantage is clear: immediate insight on a global scale. However, this value can only be extracted when one realizes the strategic worth of social media. For many, they still view it as a platform of likes and shares.

But, for the savvy few who have already incorporated it, they have already seen the benefits of this truly remarkable data set; allowing them, with the use of AI, to stay ahead of the curve and facilitate meaningful decision-making with pinpoint accuracy and only a moment’s notice.

Ed Monan is director, Corporate Security Sales at Dataminr. He previously supported a variety of U.S. Government agencies, most recently the Department of Homeland Security. He studied international relations at Boston College, Georgetown and ETH Zurich.