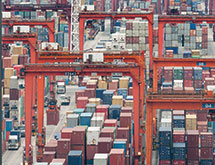 In 2012, shipping giant Maersk Inc. sold off a subsidiary focused on providing intermodal chassis for motor carriers and shipping lines. Because this subsidiary did not fit into Maersk’s strategy, the company said in a statement at the time of the sale, it decided to spin off this division to private investment firm Littlejohn & Co. LLC. However, as befitting a company of the size and scope of Maersk, even a subsidiary can be a giant in the field, and today the company known as Direct ChassisLink Inc. (DCLI) is the third-largest provider of chassis in North America.

Based in Charlotte, N.C., DCLI specializes in providing chassis to carriers and shipping lines with multiple locations at or close to many of North America’s most important ports. Today, with the financial backing of Littlejohn & Co., as well as some key acquisitions of its own, DCLI is proving that it has what it takes to be one of the premier chassis providers in North America even without its former connection to the world’s leading container ship operator.

“As a chassis provider, DCLI aims to provide outstanding service to port terminal operators, shipping lines, trucking/logistics companies and railroads,” the company says. “We provide our customers with the potential for greater operational efficiency, improved transport safety and a reduced environmental footprint. DCLI also assists container-shipping companies to improve the efficiency of their chassis fleets through pool management services. We take great pride in the quality and reliability of our equipment and our emphasis on safety.”

Since the company’s purchase by Littlejohn & Co., DCLI has made a number of significant moves aimed at increasing its profile in the chassis industry. By cooperating with other providers as well as making strategic acquisitions, DCLI has put itself in a strong position for 2015 and beyond.

One of the most significant moves made by DCLI in the last two years has been the creation of a “pool of pools” in the Los Angeles-Long Beach area that the company believes will create greater availability of chassis at the ports of Los Angeles and Long Beach, the nation’s largest ports.

DCLI has partnered with Flexi-Van, one of its closest competitors, to create a plan that would make the two companies’ equipment essentially interchangeable among the four chassis pools at those two ports.

These chassis pools represent nearly 90 percent of the available chassis in Southern California, and representatives from DCLI and Flexi-Van have stated that the “pool of pools” plan could significantly reduce delays at the two affected ports. In February, the companies announced that TRAC Intermodal, the nation’s leading provider of chassis, would be participating in the program as well.

“There will be a free flow of chassis across San Pedro Bay,” DCLI CEO Bill Shea said in a statement.

DCLI and its partners explained how the plan would work, as well as the benefits associated with it.

“The chassis providers will continue to manage their respective pools, independently establish their proprietary rates for daily chassis usage, and continue to compete openly with each other for customers,” according to a statement released by the three participating companies. “The participating pool managers will monitor usage of the fleet and cooperate on the positioning of chassis across the complex, and will utilize a third-party service provider to facilitate operation of the concept. This third-party service provider will audit cross-pool chassis usage to allow the pools to compensate one another for such usage on a regular basis, and assist in preventing the exchange of competitively sensitive information between the pools and chassis providers.

“Interoperability of chassis across the terminal complex should reduce time spent in travel to pick up or return chassis, improving motor carrier productivity that will also benefit the steamship lines and benefit cargo owners utilizing the ports,” the statement continued. “Marine terminal operators will no longer be required to segregate chassis from the participating pools which, along with greater utilization efficiencies, should free up valuable terminal real estate in the crowded port area. The general public and the environment should also see the benefits of this program, in the form of decreased fuel usage, reduced engine emissions and less port congestion as the transportation of containers entering and exiting the ports becomes more efficient.”

DCLI made a major move to shore up its technological edge in the past year with the acquisition of technology provider REZ-1 in 2014. The Massachusetts-based company has been involved in providing technology for intermodal equipment management and service since 1994.

“This acquisition is a key milestone in DCLI’s strategic growth,” Shea said in a statement, adding that the company’s technology platforms would “enhance overall DCLI customer experience, reporting and forecasting, and lead to operational efficiencies.”

REZ-1 was founded in 1994 to provide management services to the Equipment Management Pool, a domestic container program serving the Union Pacific and Norfolk Southern railroads. Over time, the company has expanded its service to include other types of customers, and the company says its quick and efficient services are highly valued among them.

“Our agile development time periods are measured in weeks rather than months and work is performed in a highly collaborative manner,” the company says. “We promote a disciplined project management process that allows for frequent inspection and adaptation. It also encourages teamwork, organization, accountability, and a set of engineering best practices that allow for rapid delivery of high-quality software. This development approach aligns development with our clients’ needs and goals.”

The addition of REZ-1’s expertise in equipment management solutions gives DCLI a strong platform from which it can conduct its future business with greater efficiency. In particular, the chassis-management systems REZ-1 provides are recognized as industry-leading. “REZ-1 offers a financial management solution for chassis providers who face challenges around efficient and accurate usage billing and collections,” REZ-1 says. “Our chassis financial management solution provides accurate tracking and accounting of chassis usage with flexible controls to enforce program rules and customer behavior while recouping equipment costs.”