Back to Features > Going Rural 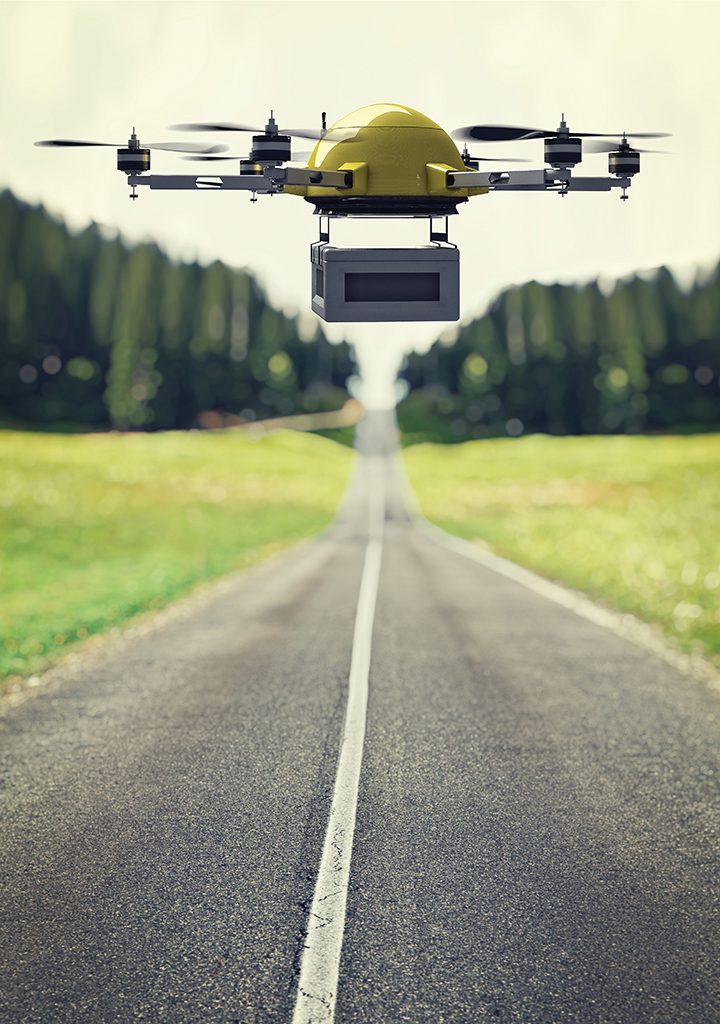 2018 will be the year of next generation deliveries, but not where you might expect.

This past year was a big step toward the next generation of delivery. Amazon tested small package deliveries by drones in the UK, countries like Rwanda and Switzerland incorporated drones into their healthcare system operations, and Domino’s Pizza trialed deliveries by sidewalk bots. However, chances are you personally did not receive a package via drone or bot in 2017. Will next generation deliveries become more mainstream in 2018? The short answer is maybe – but it depends on where you live.

Get Ready for Drones and Bots

While it’s likely drone deliveries won’t become truly widespread until 2025, the next year could revolutionize certain industries, especially with the FAA and White House prioritizing the future of “smart” cities and its technologies. As companies begin testing drones and bots, we can expect to see a sharp divide in implementation and adoption in rural areas versus metro hubs. Contrary to popular belief, the majority of deliveries in 2018 will be made in rural areas – not cities – where the safety risks are smaller and logistics are much simpler to manage.

While cities may seem like the natural fit for drone deliveries, dense metro areas present a myriad of challenges and risks that hamper widespread drone usage — think traffic, privacy issues, power lines, high-rise buildings, sudden wind gusts and the safety of pedestrians on crowded streets below. Instead, we need to shift our focus to start thinking about smart rural areas – at least for drones, initially. In fact, we’ve already seen a few success stories. Amazon’s UK deliveries were made in rural Cambridge. The Rwandan healthcare drones? They deliver blood on-demand to rural hospitals. In this sense, we’re starting to see the United States fall behind in the drone delivery race as other countries take advantage of rural areas without pre-existing infrastructure.

As the year progresses, we can expect to see more businesses begin testing drones in rural areas that have fewer “distractions.” Drones will be used to deliver common goods like food, medication and online purchases to remote homes and offices. These deliveries eliminate the need for consumers to drive over an hour in one direction solely to pick up a prescription – not to mention the hour drive back to their home. Autonomous vehicles could, and should, even partner for optimal efficiency while delivering packages, which was tested out earlier this year when UPS and Mercedes deployed a self-driving van and drone combination.

Meanwhile, small sidewalk bots will soon reign king in heavily populated metro cities. As city-based consumers become more accustomed to an on-demand lifestyle, new delivery methods will become prevalent and in some cases, necessary, to meet an increase in demand. Sidewalk bots provide the perfect solution for busy metro areas as they travel at a slow pace and are grounded versus being airborne like drones, allowing the bots to more safely navigate busy sidewalks, skyscrapers and traffic.

Before these services can become a reality, we need to address the inherent challenges barring widespread implementation. While there are several concerns, the main priority should be thinking about the safe deployment of these technologies. Experts are currently focused on logistics such as how will it fly safely and avoid obstacles? What will it use to carry packages? However, we should be concerned about figuring out how these drone fleets will be developed. Before “smart” deliveries can become commonplace, live operational testing must be mandatory to ensure we can deploy several fleets without overcrowding the airways — a scenario that could completely erode the potential benefits these technologies present along with posing a serious safety risk.

To adopt this technology and do it successfully, we need to adjust our thinking and focus on building a higher-level network of connected drones – no matter the parent company. This means taking a look at how they should be deployed, managed and used, not only to provide benefits to the individual consumers, but society as a whole.

A great deal of strategy needs to go into deciding which services are implemented where in order to provide benefits to everyone and not just a select few companies who use the futuristic technology. After logistics and infrastructure concerns are addressed, the opportunities for drones and bots across industries are nearly limitless. Aside from deliveries, we will begin to see widespread adoption of these ‘smart’ technologies used for disaster response, information distribution, broadband Internet access and scientific research.

For example, let’s say a house caught fire in a remote location and needs immediate assistance. A drone could be sent to the scene, avoiding any road blocks or traffic, to take photos and transmit them to the firefighters en-route so they know more about the situation. This same drone could potentially record any human activity, including location, injuries and speech, and transmit that data to the EMTs. The two-way delivery of information during accidents and emergency situations where real-time accurate data is crucial to saving lives and property will benefit immensely from drones and bots.

Taking this all into account, we can expect to see the widespread adoption and implementation of drones and bots across multiple industries in 2018, starting with drone deliveries to rural areas and the use of sidewalk bots in our dense, metro. Are you ready for your city and deliveries to become smarter?

Roei Ganzarski is chief executive officer of BoldIQ and is responsible for the overall growth and success of the business managing day-to-day operations while overseeing engineering and development. Before BoldIQ, he was with the Boeing family of companies for 13 years, with his last role as chief customer officer for Boeing’s Flight Services division where he was responsible for revenue growth and customer service for all worldwide customer and market-facing organizations. Additionally, he led the customer engagement culture transformation for the business. Other key positions at Boeing (including acquired companies Alteon and FSB) included vice president of sales, director of marketing, director of new ventures, and director of sales and business development for Asia-Pacific.