When Total Vehicles Solutions Group was formed in 2018, it was intended as a holding company for three brands – McPhee Mixers, Priden Engineering, and SB Components. Come July 2021, another brand was added to the portfolio: Wilcox, the leading aluminum Tipping manufacturer, raising the company’s turnover to a total of £65 million. In 2022, the company then underwent a rebrand, when it adopted its current name: TVS Interfleet Limited (TVS).

The commercial arm of the company’s business incorporates two divisions: SB Components, and the newly rebranded Purpose Bodies. “Within SB 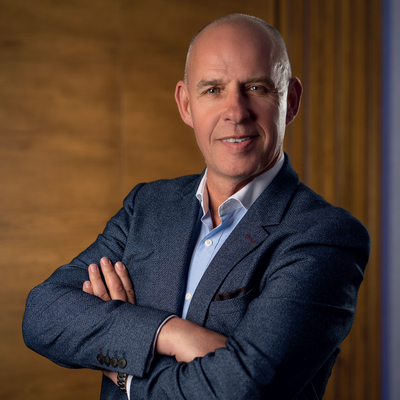 Components we have three outlets,” Phil goes on. “The truck and bus outlet provides catwalks, tanks, wet kits, and infills to the UK transport industry. We then have our fleet work outlet fitting mainly health and safety items such as side scan, cameras, A-frames, and more, working with customers including Asda, for whom we’re currently fitting around 270 vehicles, as well as Tesco and Royal Mail. The third outlet, based in Holland and operating under the brand TVSE, sells aluminum diesel and Adblue tanks to the Dutch and European market.”

One of the most significant recent changes to take place at TVS has been the rebranding of its bodybuilding division. Previously housed under SB Components, Phil explains that the Purpose Bodies division hasn’t always received the attention it deserved. “No-one, including myself before I joined, really knew that SB Components actually built ambient bodies,” he says. “I’d known and used SB Components for 25 years, and when I first toured the production facility after joining, I was absolutely amazed to learn that they built bodies for the likes of John Lewis, SIG, and BT Civils.”

To Phil, it was evident that a change needed to take place. “We’ve been working with an external branding company since the start of the year, who have a track record of success with major companies to raise their brand profiles,” he reveals. “They helped us with the rebrand to TVS, and it’s with them that we came up with the Purpose Bodies name, which we launched at this year’s Motor Transport Awards ceremony on 7th September, hosted at Grosvenor House in London.”

TVS operates a total of ten factories, across three locations in the UK. The home of McPhee Mixers is an all-new factory located off the M8 at Glasgow’s Euro Central. Wilcox, meanwhile, is based across four factories in Market Deeping, on the outskirts of Peterborough. A third location is situated in Wisbech, Cambridgeshire. But the company is no stranger to flexible methods of manufacturing.

“If you were to walk into our Priden Engineering factory today, you’d see that they’re currently building some Purpose bodies,” Phil notes. “Because Priden Engineering’s business is seasonal, we’re utilizing some of that available capacity.

“In the early part of next year, we’re also planning to begin assembly of some of our McPhee mixers in Market Deeping,” he continues. “The concrete industry is booming, largely thanks to a high volume of inner-city development, and our order books are full. Accordingly, we’re focused on how we can grow our production by sharing some of the skills across our various manufacturing divisions.”

The construction industry as a whole is currently in the process of a significant transition, as companies look to diversify away from reliance on fossil fuels, pivoting instead towards the use of electricity. Targets set by the UK Government stipulate that all new vehicles up to 3.5 tons must be electric or zero-emission by 2030, with 26-ton vehicles to follow in 2035, and 44-ton vehicles in 2040. Although the dates might seem a long way off, TVS is pioneering the way. The company has established partnerships with major OEMs to develop lightweight e-mixers and, through a collaboration with Renault, has worked to deliver the UK’s first electric mixer with an electric vehicle chassis, with products already on order.

“Construction is particularly buoyant in inner-city areas, and electrification just so happens to be tailor-made for short-distance journeys,” Phil notes. “Bradford is the latest city to have introduced a low-emission zone, which came into force in September of this year. We were also recently invited by the Highways Agency to tender on the Lower Thames Crossing, with work set to commence in 2025. It’s an £8.7 billion project, designed primarily to alleviate the strain on the Dartford Crossing. The government has designated the project as a diesel-free build, which again lends itself to the e-mixer and e-tipper. 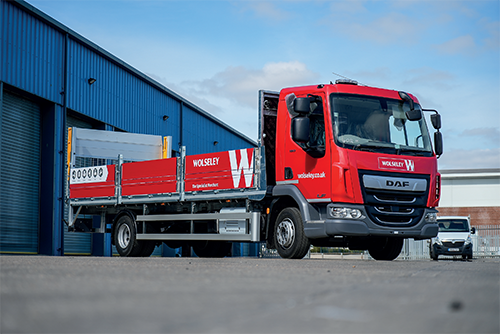 “We’re speaking to all OEMs about their EV strategy,” he goes on. “John Lewis has set us a challenge to create a fully recyclable body solution for their home delivery vehicles, and we’re collaborating with them to create a workable payload.”

When it comes to its own operations, TVS is also making significant strides. As part of its ESG strategy, the company has made a large investment during this financial year into carbon-reduction initiatives across its footprint. But sustainability isn’t the only focus of its innovation efforts. “In the concrete world, one big problem is the potential for concrete mixers to roll over during operation,” Phil reveals. “An inexperienced driver going around a corner can, if there’s a certain volume of concrete in the drum, knock the vehicle off-balance. Approximately 40 such incidents occur in the UK each year.

“Our e-mixers offer one solution,” he continues. “Without a standard drive train, we can set the drum lower in the chassis, giving the vehicle as a whole a lower center of gravity. But we’re also introducing a new smart controller solution, InterLecs, which we hope is going to change the industry when it comes to operator safety. That’s due to go to market in 2023.”

There are an exciting few years in store for this growing business, which is targeting turnover of £90 million within the next three years, driven in large part by its Purpose Bodies division. “Our rebrand shed a light on our bodybuilding capabilities, and we’re now making noise in the industry,” Phil insists. “The next question is: how can we add value? The likes of John Lewis and IKEA are moving aggressively towards their zero-emissions targets, so any payload savings we can find in the body are hugely beneficial. As we say: it’s the truck that drive the body, but it’s the body that drives the business. Moving forwards, we intend to do a lot more value-selling of that kind.”
www.tvsinterfleet.com