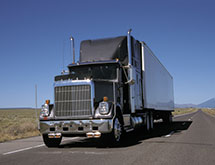 For 72 years, Howard Sheppard Inc. has thrived by making customers its partners and dedicating itself to their businesses. “We listen to the specific needs of our customers to determine what we must do to satisfy those needs,” the company declares.

Based in Sandersville, Ga., family owned Howard Sheppard says it is an industry leader in transporting kaolin, liquid, dry bulk, packaged freight and containerized freight. Its founder, Howard Sheppard, started the company in 1943 when he purchased a truck to haul sand and gravel.

After growing to haul whatever needed to be moved locally, Sheppard purchased another truck. With the help of his wife, Barbara Holmes, the company grew further and earned a reputation as a reliable mover of kaolin.

“Located in the heart of the kaolin industry, Howard Sheppard is proud of its record as the oldest and largest carrier domiciled in the clay belt,” the company declares. “With family traditions and dedicated employees, we plan to continue that record for years to come.”

Howard Sheppard’s offerings include crude kaolin mining. The company operates with a fleet of more than 130 dump trucks and over 60 pieces of heavy-duty equipment that are used by several kaolin companies in middle Georgia, it says.

“Every day, our fleet is stretched over the entire middle Georgia area, hauling from many different pits to multiple blunger sites for multiple kaolin companies,” it says. “In fact, we provide complete turnkey service: We load it, haul it, stockpile it at the blunger site, and maintain all the pits and haul roads.”

Kaolin is one of Georgia’s largest natural resources. “The state … leads the nation in clay production and is recognized as a world leader in the mining, production, processing and application of kaolin products,” the company says.

Howard Sheppard has a 65-acre tract in Sandersville for its corporate office, central dispatch center, and its warehousing and distribution services. “Our 25,000-square-foot warehouse is used to store and stage loads for delivery by our fleet as well as other carriers,” the company says. “In addition, we also provide loading for customer pickup.”

Because of its location in Sandersville, Howard Sheppard says it can provide better storage rates. “We are located near all the kaolin companies,” it states. “Safety and security is deeply important as this site features 24-hour surveillance and complete fencing around the perimeter.”