Skip to content
You are here:Home » Patent of the month
Rail Shipping Technology News 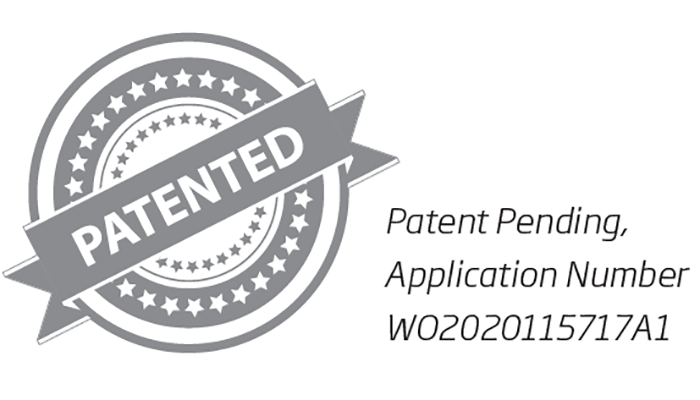 The concept of wind-assisted propulsion dates back thousands of years to ancient Egypt. Today, however, as the modern shipping industry sets its sights on the latest emissions reduction targets, a return to sail-power and using the trade winds for the purpose that first gave them their name, is on the horizon.

Wind-propulsion technology for ships makes use of a renewable and more sustainable power source, and innovation in this area could make wind power a more viable choice for shipbuilders in the future.

A number of innovations relating to wingsails in particular are in development at the moment. Wingsails are designed to generate lift on either side in a manner comparable to aircraft wings. They are generally categorised as either ‘soft’, such as fabric sails generally used for sailboat racing, or ‘rigid’. One weakness of rigid aerofoil sails, which are typically proposed in large vessel concepts, is that they cannot easily be stowed, remaining instead in a fully hoisted state. Without a suitable solution, they can only be stowed when removed from the vessel. Additionally, conventional rigid aerofoil sails cannot be ‘reefed’, meaning that their surface area cannot be reduced in operation. Being able to adjust the area of the sails is a useful safety precaution, as it can prevent a vessel from capsizing in dangerous weather and can help to keep it on an even keel.

Figure 1 shows a double aerofoil arrangement with a fore flap (100) mounted on a first mast (310) and an aft flap (200) mounted on a second mast (320). As shown in figures 3A and 3B, the flaps (100, 200) may be individually rotated to optimize the performance of the sail in response to the wind direction (indicated by arrow V).

Figure 3D depicts the function of variable twist where the angle of some envelopes (220) – best seen in Figure 1 – is different to the angle of the other envelopes (220) of the aft flap (200). This resultsin a variable camber (as shown in the difference between theaft flap at (200’) versus the aft flap at (200”)), which canimprove efficiency by adapting to the wind gradient and control a righting torque.

In another arrangement, which is designed to make reefing possible, each flap (100, 200) is formed from telescopically nesting rigid ‘shape members’ (130, 320). This can be seen in Figure 12, which illustrates the dimensions of each shape member (130, 230). The nesting feature allows them to be enclosed within one another. This in turn enables the sail to be reefed more easily, reducing the overall height and surface area of the sail, as well as maintaining the ability to twist variably.

Ordinarily in ship design, the selection of rigid sails could mean a reduction in the flexibility of sail configuration and reefing options. These improvements in the Oceanwings® concept offer potential solutions to these limitations, as well as a means to reduce carbon emissions for maritime transport vessels.

Assuming Ayro secures strategic IP protection via its patent applications, it will be better placed to protect its market share within the wind propulsion space. Granted patents may also be treated as revenue-generating assets, if a decision is taken to license the rights to a third party that may wish to apply the technologies to its vessels.

Additionally, Oceanwings® is a registered trademark. This gives Ayro legal rights to protect its brand by preventing other companies from misrepresenting its products in a way that seeks to exploit the reputation that the business has gained. Paired with a robust patent portfolio, these rights represent a further tool that the company can use to protect its market share.

Russell Edson is a partner and patent attorney at European intellectual property firm, Withers & Rogers. He specialises in advising innovators of technologies for use in a variety of transport industry settings – road, rail, air and marine
www.withersrogers.com