Back to Features > Tariff Response 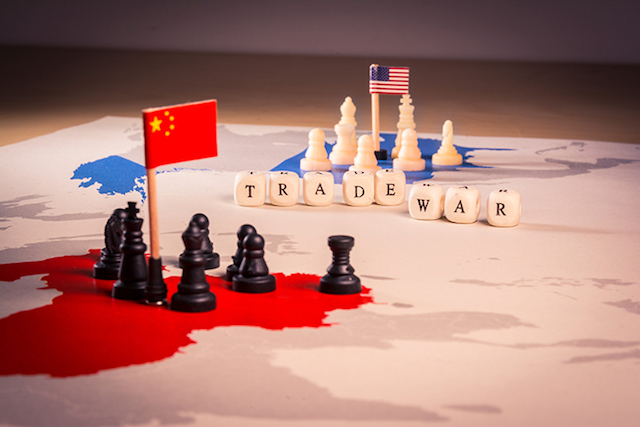 As the U.S.-China trade conflict worsens, U.S. businesses need to consider their options.

These newly proposed tariffs, coupled with President Trump’s recent calls for a complete halt of U.S. business interests in China, have added a fresh wave of uncertainty for U.S. importers. If the latest measures all go into effect, $550 billion worth of Chinese products will be covered by U.S. tariffs. And given that 20% of the world’s manufacturing output is driven through China, the repercussions could be significant.

The conflict has already driven many companies to shift away from their Chinese suppliers and invest millions of dollars to establish new supply routes through Southeast Asia. Other businesses are coping by charging higher prices to their customers to balance out their added expenses, stockpiling goods in the United States so that future tariff hikes won’t impact them, or altogether curbing production and reducing the scope of their operations to cut costs. But, with no clear end to the conflict in sight, what is the most prudent strategy for U.S. businesses to pursue?

Evaluating the Primary Options for Dealing with Tariffs

When the China and U.S. conflict began, many businesses assumed they could eat the costs of tariffs for a short while until the two sides settled their differences. But as the conflict continues, this option becomes less and less feasible. Instead, businesses are increasingly looking for solutions that allow them to offset the added costs that tariffs have brought, or that enable them to avoid having to pay tariffs in the first place.

The following three options are those most commonly being deployed by businesses today.

Redirect supply routes through new countries – In the first quarter of 2019, as U.S. and China trade disputes continued to worsen, U.S. imports from Vietnam rose by 38%, from Taiwan by 22%, and from Korea by 17%. U.S. imports from China dropped 13% in the past year. Finding non-Chinese suppliers is what companies like Hasbro view as the most cost-effective option in the long run. In Hasbro’s case, the goal is to reduce China’s share of its manufacturing from 67% in 2018 to 50% in 2020, and rely on Indian and Vietnamese suppliers to pick up the slack. Capstone is taking a similar approach. This company believes it can manufacture its new smart mirrors in Thailand for the same cost as it did in China before tariffs were introduced.
Although establishing these new supply routes may save Hasbro and Capstone significantly in the long run, onboarding new suppliers can take years and cost millions of dollars in set-up and due diligence. Also, it’s important to understand that redirecting supply routes is not a strategy that can be easily reversed once trade conflict ends. It has required substantial planning and millions of dollars in investment for most firms to leave China, and it would be another massive undertaking for these firms to reverse course at the conflict’s conclusion.

Increase the price that customers pay for finished goods – In May 2019, a group of 173 footwear companies (including Nike and Adidas) penned an open letter to President Trump detailing how additional tariff hikes would force them to increase the price of their shoes for U.S. consumers. “There should be no misunderstanding that U.S. consumers pay for tariffs on products that are imported,” the letter said. “It is an unavoidable fact that as prices go up at the border… the consumer pays more for the product.”
Of course, raising the price of its goods for customers is an obvious outcome of added costs being lumped onto U.S. businesses in the form of tariffs. However, businesses must be wary of increasing the prices of their products in a manner that makes it too expensive for their target clients, or allows competitors to enter the market at a lower price point and take away their market share.

Stockpile goods in the U.S. so that future tariff hikes don’t impact costs – In the early days of the U.S -China conflict, a number of U.S. firms were quick to import additional inventory from their Chinese suppliers and stockpile goods domestically. Although this action resulted in additional warehousing and inventory carry costs, the idea was that these added storage costs would be far less than the costs associated with purchasing tariff-laden goods down the road. For many companies, this turned out to be a successful cost-saving venture.
In these circumstances, accessing flexible or on-demand warehousing models allows businesses to quickly inbound and store their goods from overseas without having to purchase additional warehouses or tie themselves into long-term contracts. Warehouse space can be added or reduced as needed, and businesses can maintain a large stock of inventory in the U.S. that is unimpacted by future tariff hikes. However, keep in mind that there will always be upfront costs associated with purchasing and storing additional inventory, and these costs aren’t guaranteed to be less than the costs of dealing with heightened tariffs. At the same time, overseas suppliers aren’t always able to handle sudden requests for increased output, so being able to quickly inbound inventory before tariffs go into effect may not even be possible in some scenarios.

Patrick Cadic is vice president of sales and marketing at Ware2Go (a UPS company), where he is scaling a team designed to disrupt the traditional fulfillment industry. With a background of progressing the financial services industry with applied uses of artificial intelligence and Big Data, Cadic is bringing a new perspective to an industry in need of change.