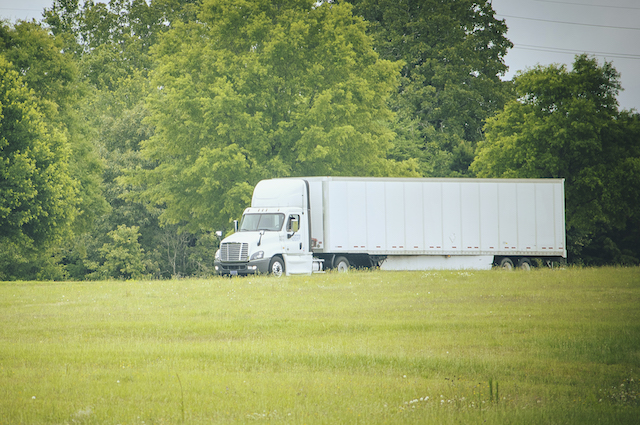 Postal Fleet Services is growing into one of the largest contractors for the United States Postal Service.

Under his leadership, Postal Fleet Services has grown from a small startup company to one of the largest contractors for the United States Postal Service. “I had one driver and one temporary contract,” says Don Dorris, who founded the company in 2002. “Then I started getting more contracts and it just kept growing.” 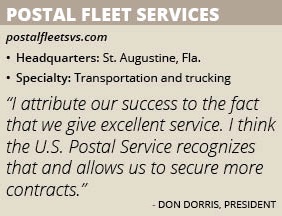 His leadership has been instrumental in the strategic growth of the company and its operational proficiency. Today, Dorris has a fleet of 800 to 900 vehicles that service the United States Postal Service in more than 30 states. His company manages roughly 200 contracts per year and averages 10 to 15 new contracts annually.

“I attribute our success to the fact that we give excellent service,” Dorris says. “I think the U.S. Postal Service recognizes that and allows us to secure more contracts.”

Dorris also attributes his company’s success to his employees, and his wife Brenda, vice president of human resources, for hiring them. He believes that Postal Fleet Services depends on the efforts and support of his associates.

Associates are expected to preserve and build upon the company’s reputation for courtesy to the United States Postal Service personnel and all of its business partners and work hard to ensure the prompt delivery of services sought, safe operations and compliance with governmental regulations.

“Management can only provide the picture for exceptionalism,” he says. “It is the people in the trenches that make it a success. Corporate management exists to support the field employees who make things work for the benefit of the customer and the company. It is a win-win when all employees are on board with a clear corporate vision of success.”

Placing a high emphasis on safety, Postal Fleet Services continually invests in in technology for its fleet. Every truck that the company acquired after 2013 has an autonomous breaking systems designed to avoid collisions.

Once an impending collision is detected, these systems provide a warning to the driver and if the collision becomes imminent, they act autonomously without any driver input (by braking and/or steering). All  tractors and some straight trucks have electronic login devices.

Postal Fleet Services trucks also feature lane departure warning systems and its straight trucks have backup cameras. “These are all safety features,” Dorris says. “We also use GPS in all vehicles and we use Smart Drive cameras in all of our vehicles including the Jeeps that do CDS operations.” In addition, Postal Fleet Services is investing in alternative fuel vehicles that run on compressed natural gas.