Skip to content
You are here:Home » A major opportunity
Rail Technology Features 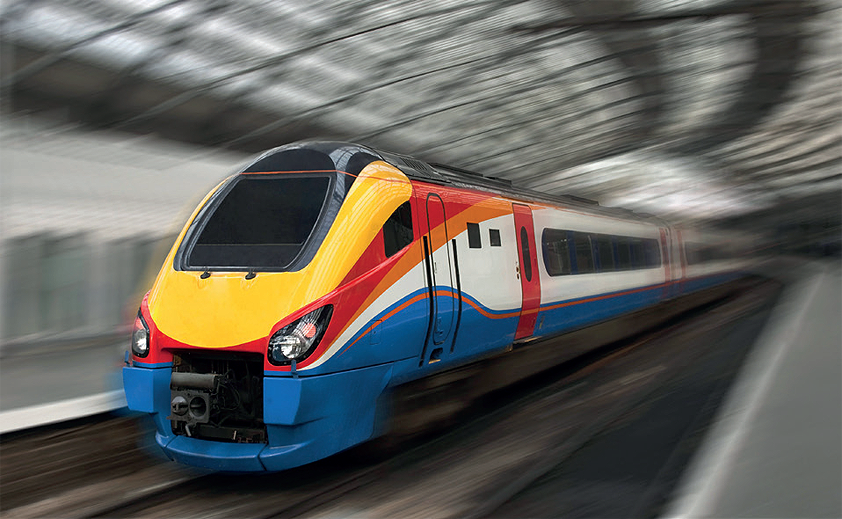 The UK railway system is the oldest in the world, dating back to 1825 when the first steam train hauled its load. Now the system shifts nearly 2bn personal journeys every year on 10,000 miles of standard gauge lines – some are single track, others crisscross into quadruple lines, all need constant monitoring and management. Then there is the London Underground system, which opened in 1863, that carries 1.4bn passengers every year. That’s around five million passengers a day, on just 250 miles of track.

Since its creation, the UK Rail system has grown at a rapid rate and as operators move towards computer-based management, control and communications systems, the sector has set a trajectory for a rapid increase in big data from interconnected stakeholders. This causes opportunities and challenges for the service providers. And as the move to decentralise the control systems away from sole management provided by operations control centres to track-side and train-side localities, the control of data becomes even more complex. And the capture and analysis of this data moves from a benefit to a business-critical need, this is where Edge Computing comes in.

The good news is that the UK isn’t standing alone when it comes to building smart railways, from barrier crossing controls, track circuits, axle counter sensors, on-board units through to lineside electronic units, times are changing and we have international standards that we can learn from. The introduction of state-of-the-art digital technologies across the globe is changing the way railway companies operate. Asia in particular is an early adopter and leading the industries transformation. From Singapore to Hong Kong to India, smart technologies, such as computer based management, control and communication systems, are being deployed to strengthen operational and network efficiency while maintaining passenger safety.

The UK also has company when it comes to the deployment of Edge Computing. Collecting and analysing data where it is needed most – the source. This technology deployment is now becoming common place among the industrial automation, life sciences, process and retail sectors.

Legacy ICT infrastructure is being replaced by highly effective Train Control and Management Systems (TCMS) that are empowered by the IoT and big data analytics. Edge Computing allows real-time data capture from sensors installed within trains and along tracks that enables reliable monitoring, data collection and analysis. The data collected plays a dual role supporting remote diagnostics and predictive maintenance. This not only allows equipment, tracks and stations to operate more efficiently but also improves safety and reduces long-term costs for all elements involved, from the Radio Block Centre all the way to the barrier drive.

You only need to look at Singapore to see such rapid advancements in its railway systems. Singapore has successfully embraced digital transformation and digital readiness across the board – including its immensely efficient railway network.

Singapore is a major Asian metropolitan hub that has set its sights on overcoming land scarcity by being the world’s first truly smart nation – only 12 percent of the land in Singapore is set aside for roads and transport infrastructure. But, with a growing population and more than one million vehicles on the road, the challenge lies in optimising the limited space to achieve more efficient, safe, and reliable public transportation.

As a part of the country’s smart nation initiative, Singapore has adopted new smart technologies across all aspects of its transportation network, especially the SMRT networks. The goal is to ensure Singapore is ‘smart city ready’. This not only enhances back-end operations, such as maintenance processes, but also favourably impacts customer experience.

Traditional maintenance processes such as train tunnel and site inspections were once carried out manually by engineers who enter identified problem sites and took photos and videos, often causing operational disruption. But today, the Land Transport Authority (LTA) has implemented a Drone Task Force which harnesses the power of technology to inspect and monitor train tracks and tunnels without any operation disruption.

With a mandate to improve both operations and maintenance efficiency, The Smart Urban Rail Corporate Laboratory (SMRT-NTU) has identified three innovative technology improvement projects that began network trials in 2019.

These trials follow the success of the introduction of pneumatic train doors that were implemented to monitor air pressure, movement speed and power systems, which paved the way for enhanced train reliability.

In view of creating significant customer enhancements, billions of dollars have also been spent on embedding MRT infrastructure with feedback loops and tracker sensor systems which calculate journey time. This has provided commuters with real-time information to plan and estimate trip journeys and has been well-received.

As Singapore sets the benchmark and leads global innovation across integrated transport networks, it is important to understand and leverage the technological advancements in order to achieve growth in neighbouring APAC countries.

In India, it has been reported that artificial intelligence-powered trains (known as Smart Coaches), will be able to detect a range of maintenance scheduling issues including wheel defects, security and water leaks, and automated reports will signal back to maintenance offices for immediate repair. The new fleet of AI trains also offer real-time GPS tracking which will improve network efficiency by providing more up-to-date arrival time information.

In summary, railways are changing, and Asia is leading the way by becoming early adopters of smart technologies. On the one hand, efficiency and productivity gains are supporting railway operators and creating a safer and more reliable journey for passengers. But, on the other hand, it has created added new complexity in terms of real-time and on-demand data requirements. The UK is on the precipice of a major opportunity to make huge steps towards improving this vital piece of our infrastructure, and the key for doing so rests with Edge Computing.

Greg Hookings is Head of Business Development – Digitalisation, Stratus Technologies. Stratus takes the complexity out of keeping business critical applications running 24/7. Stratus’ technologies proactively prevent instances of unplanned downtime both in the data center and at the edge, and its services ensure any issues are addressed before customers need to. Global Fortune 500 companies and small medium sized businesses in a wide range of industries across the globe have been relying on Stratus for operationally simple, continuous availability for more than 35 years.
www.stratus.com