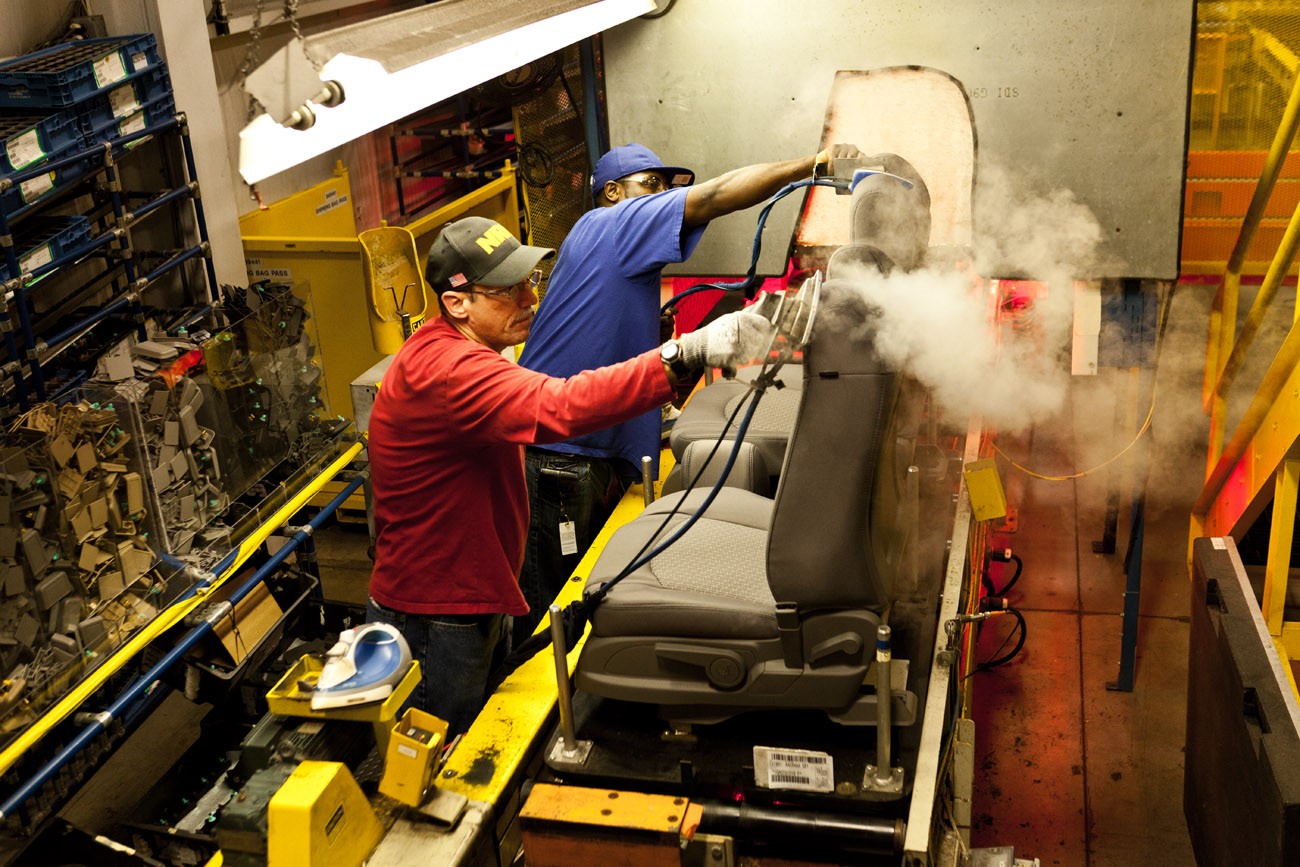 Adient leverages its strengths as a former division of Johnson Controls to serve its automotive customers.

After decades of being part of one of the world’s largest and most successful automotive interiors manufacturers, the company that is now known as Adient is getting the opportunity to make its own name in the automotive industry, and Executive Vice President Byron Foster says the company is making the most of that opportunity. “We’re back and committed to investing and growing the business again,” Foster says.

Originally a division of leading automotive component and HVAC manufacturer Johnson Controls concentrating on automotive seating systems, Adient was spun off into an independent company in 2016 after Johnson Controls chose to divest itself of its automotive divisions. According to Foster, the entire process took about a year, culminating in Adient’s first day as an independent, publicly traded company (ADNT) on Oct. 31, 2016. 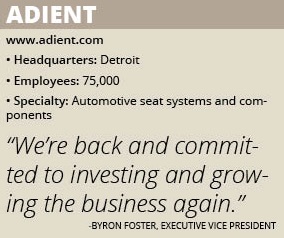 Even without the connection to Johnson Controls, Adient remains a formidable presence in the automotive market on its own. The company says it remains the leader in the automotive seating industry, with a market share more than double that of its closest competitor. Adient has 230 manufacturing facilities in 33 countries, and its footprint means the company produces seats and related components for more than 25 million cars around the world every year. With the change has come a new feeling of excitement and energy throughout the company, and Foster says Adient is in a stronger position than ever to deliver the highest-quality products for its customers in the automotive sector.

Supply chain is an essential component of Adient’s success, and Kelly says it is why the company is able to meet the needs of its customers just in time and just in sequence with their operations.

The strength of Adient’s supply chain allows it to be flexible and responsive to its customers’ needs, which Kelly says is crucial for the market it serves. “Within automotive, it’s the product variability, it’s the variability of what the customer is going to build,” he says. “You plan for a scenario that essentially is per a plan, but there’s always these variations. Those types of changes have down-chain effects that impact not only the ultimate manufacturer but also potentially two tiers down in the Adient family and the supply base.”

Adient has been able to manage these challenges successfully by focusing on risk mitigation for its downstream supply chains. Kelly says this allows the company to identify where risks exist in the supply chain and mitigate through methods like dual sourcing. Being able to modify processes globally quickly and ensure everyone throughout the supply chain is on the same page is essential in those situations, and Kelly says that has been one of Adient’s greatest strengths.

Kelly says Adient becoming its own company is going to bring significant improvements to its supply chain operations over the next few years. He notes that the company now has control over its own destiny rather than being beholden to the decisions made by a parent company, which will give it greater flexibility when making decisions for its customers and give it the ability to explore new product categories.

According to Foster, the move to become an independent company has revitalized Adient from top to bottom, as the entire company feels renewed energy as a result of the transition. Foster says the company will benefit from the foundation it carries over from its days with Johnson Controls as well as the renewed spirit of excitement to better serve its customers. “I would say the fundamental culture of the company is the same great culture, but the spirit and the enthusiasm of the people I haven’t seen this high in many years,” Foster says.

That enthusiasm and energy is expected to last for quite some time, as Adient continues to uphold the same high levels of quality and customer service that made it successful long before the spinoff. Just recently, Adient announced that it will relocate its corporate headquarters from Milwaukee to Detroit to be closer to its customers in the automotive sector, which Foster says has been met with excitement from its customer base. “It goes beyond our employees,” Foster says.