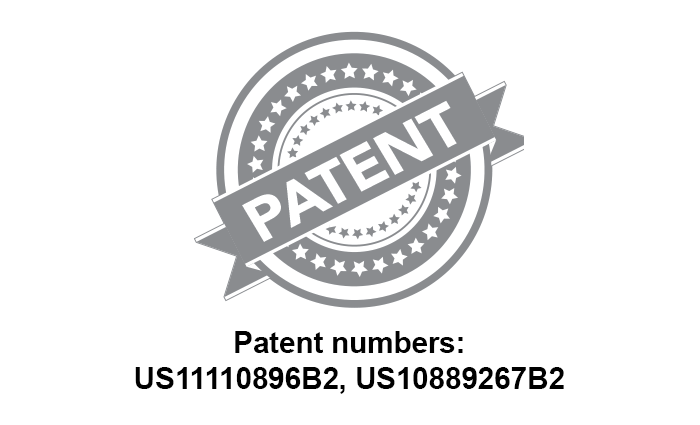 Tesla is already recognized as a leader in the development of high-performance Electric Vehicles (EV); demonstrating that they can be both sustainable and exciting. In US patent US11110896B2, it seems that the automotive manufacturer is now looking to reinvent the humble windscreen wiper.

Billed as “pulsed laser cleaning of debris accumulated on glass articles,” this patent has applications within the automotive industry and beyond. For example, Tesla has identified photovoltaic panels as another application that could benefit from the invention.

Featuring debris detection circuitry (106), the automated cleaning apparatus (102) has been designed to detect and irradiate debris on glass using a laser beam. Once debris is detected, control circuitry (112) defines a set of parameters describing the laser beam, such as wavelength, frequency, pulse rate, spot radius, beam width or any combination of these. These parameters are inputs for the laser emitter (108), which, in turn, is focused and steered using a beam optics assembly (110) to target the debris (210).

Various embodiments detailed in the application state that the debris detection circuitry may be configured to distinguish between removable debris and permanent markings on the glass, such as stickers or logos. The application describes how debris can be detected by different means, such as optical sensors; capacitive or resistive layers on the glass; or by taking reflection measurements. To prevent potential damage to objects beyond the glass article, Tesla states that “the exposure level (of the laser) may be controlled such that is less than the thickness of the glass article.” Penetration may be further controlled by tailoring the geometric profile and refractive index profile of the glass article, or by applying a laser barrier coating such as tin oxide to the glass.

Following the announcement of the Tesla Cybertruck in 2019, the lack of windscreen wipers on the prototype and images released prompted some to

suggest that Tesla would be implementing a novel solution upon final release. Elon Musk himself commented “the wiper is what troubles me most”, referring to the size of the Cybertruck’s windscreen and how large a conventional windscreen wiper would need to be to provide adequate coverage.

A further US patent from Tesla, US10889267B2, is directed to a windscreen wiper assembly featuring an electromagnetic maglev moving block, with the wiper blade moving along a guide rail, as shown in the figure top right.

Both patents show that the issue of clearing windscreens with conventional technologies is a key concern, and as such the manufacturer is investing time and effort to find innovative solutions. Although some industry onlookers might view these solutions as unnecessarily complicated, by patenting their innovations, Tesla is ensuring that its research and development is protected for the foreseeable future. As market leaders in a rapidly growing segment, this seems a sensible approach, and this small-scale innovation could give Tesla a significant competitive edge.